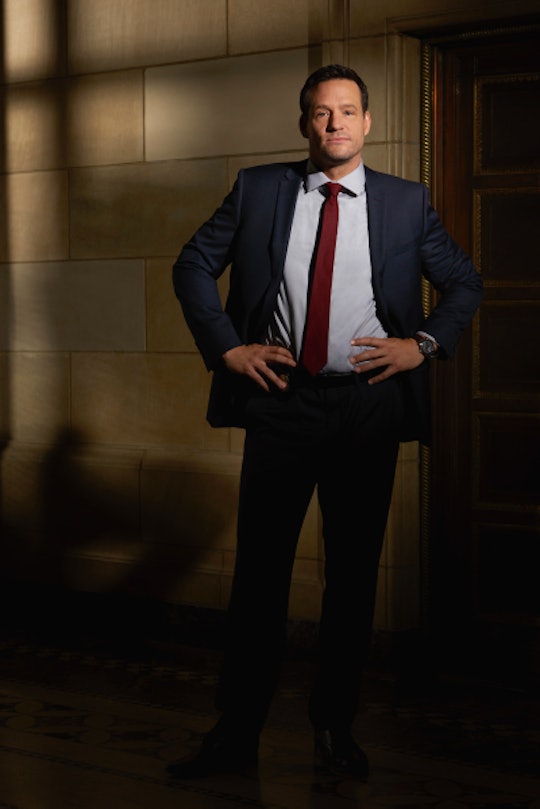 Why Is Liam The Traitor On 'Quantico'? The Finale Should Explain All

It was pretty shocking when the traitor was finale revealed on Quantico, despite the fact that every single person had been a suspect throughout the series. When fans learned that Liam is the traitor on Quantico, the one working against the FBI despite what was being put on as a front, there was every cause to freak out. Everyone was a suspect at one point, but Liam was never at the top of the list. Perhaps it was his authoritative character that seemed to mark him innocent. But now that we know that Liam is the guilty party, we're left asking why Liam is the traitor on Quantico. What drove him to take such drastic moves against his coworkers and country?

First, let's rewind and consider what we know from the penultimate episode. We know that Liam shot Miranda. She says seconds before her possibly deadly attack that she should have known it was him after looking at blueprints she found in his (?) house. How, Miranda, how should you have known that Liam was the bad guy? There are literally a million and one reasons to think it was everyone but Liam... Is that why? Is he the least likely to be guilty, thus making him guilty?

Liam's reasoning for doing what he's doing is: “To make things right.” OK. Make what right? Chicago? Your lack of professionalism in the work place? I'm not sure this is going to really make anything right unless Liam is more concerned about righting the wrongs he has faced in his career. Think about it, Liam has been rejected multiple times. He wants to blame the FBI for what happened in Omaha and Chicago. He wants to make them look bad, by producing a terrorist within the FBI's walls.

One Reddit user, maddybum0456, suggests that Liam turned while in Omaha.

"The most interesting outcome would be if he turned during his time in Omaha, and he is working with the extremists in Omaha and has been all of this time... And the group from Omaha is also behind this. This seems better than Liam suffers from some sort of break from reality because of the tragedy."

He certainly had the means to make every single NAT look like the guilty party (not to mention know the right strings to pull while manipulating them). He knew them best, especially Alex, so why not take all of them down while he could?