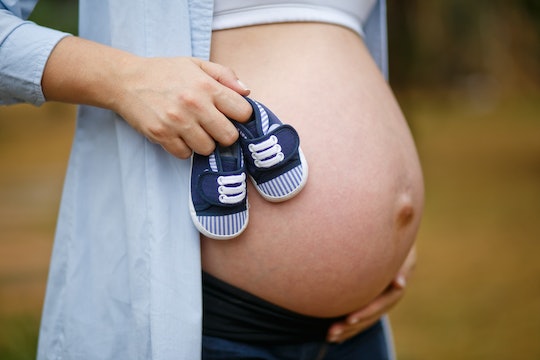 Why Is Maternal Mortality Up?

From 2005 to 2014, the infant mortality rate in the United States went from 6.86 infant deaths out of every 1,000 births to 5.82 deaths, according to Centers for Disease Control and Prevention data. That's a decrease of 15 percent. The most common causes of infant mortality are birth defects, preterm births (which means the birth occurs before 37 weeks of pregnancy), low birth weight, complications during pregnancy, Sudden Infant Death Syndrome (SIDS), and injuries, the CDC reported. What's great is that there has been a substantial reduction in deaths from SIDS in particular, which has decreased by 29 percent.

Infant mortality has been widely talked about and researched. The March of Dimes puts on March for Babies walks all across the country to raise money and awareness for improving the health of babies.

"I think there was a public health push in the past decade to figure out ways to lower this rate, and it has made an impact," T.J. Mathews, who works for CDC's National Center for Health Statistics and is the author of the report, told CNN. "We know that there have been a lot of efforts across the country in cities and states where they're trying to figure out ways where they can lower the infant mortality rate."

Now that push needs to be extended to decrease maternal mortality rates.

A study showed that the maternal mortality rate increased from 18.8 deaths out of every 100,000 women in 2000 to 23.8 in 2014 in 48 states, not including California and Texas (the latter in which the maternal death rate nearly doubled). That's a 27 percent increase, and most importantly, a step in the wrong direction. The Healthy People 2020 Objective aims to reduce the rate of maternal deaths to 11.4, which would reduce the number of deaths by more than half.

So why is the United States the only wealthy country where the number of women dying from childbirth has increased? Studies from the CDC’s Pregnancy Mortality Surveillance System show that more women are dying from pre-existing chronic health conditions such as heart disease, high blood pressure, and diabetes.

“The really scary thing to us is all the deaths from cardiovascular disease and heart failure," Dr. William Callaghan, head of the Maternal and Infant Health Branch at the CDC, told The New York Times. “It’s a quarter of all deaths. There were almost none in the remote past.”

Another factor? The rate of maternal deaths might not have increased (or at least not significantly), but are rather being better accounted for than they were in previous years. Until a few years ago, many states were inconsistently reporting pregnancy-related deaths. For years, several states had not added a pregnancy check box to death certificates, which would indicate the person who died had been pregnant up to a year before her death. Because of those inconsistencies, national maternal mortality rates had not been published by the CDC since 2007. But better data collection has been an essential start to assessing how large of a problem maternal mortality is. Now we need to take the next step, so that as many babies as possible have mothers to raise them.