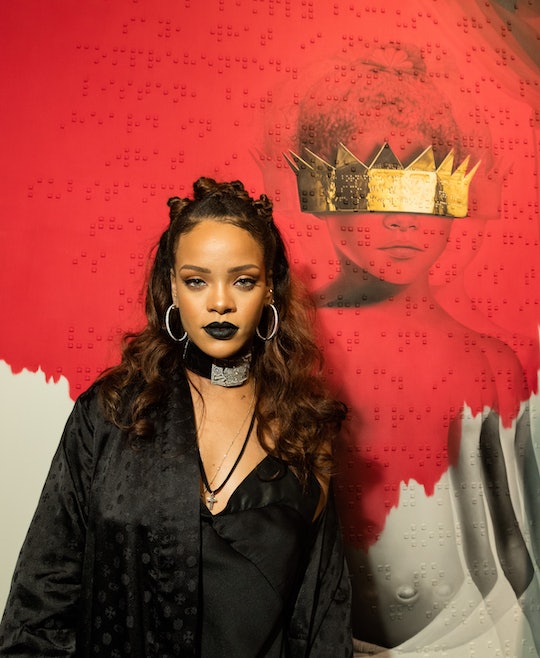 Why Is Rihanna Postponing Her Anti Tour? Fans Are Not Happy

Rihanna fans around the world will be very saddened to hear this news: Rihanna just announced that she will postpone her much-anticipated world tour. This is coming fast on the heels of the cancellation of her Grammy performance, which was also very disappointing for fans. So, why is Rihanna postponing her Anti Tour?

When Rihanna cancelled her Grammys performance, she chalked it up to a bad case of bronchitis. But, apparently, that is not what's behind this new rash of show cancellations. According to The Hollywood Reporter, the second show on the tour was having major production issues, which meant that it would not be ready in time for the big night. That show, scheduled for Feb. 28 at the SAP Center, was moved to May 8, pushing back a whole line of scheduled shows, many of which were nearly sold out. Rihanna's representative confirmed that the cause of the postponed shows was indeed "production delays," as vague as that sounds. It raises the question of what sort of production is going into this show? Rihanna is known for her stage presence and great live performances, but this may be a signal that the Anti Tour is upping the ante in terms of crew, sets, choreography, pyrotechnics, electronics, video components, or who knows what else. Without the Grammy performance to give fans a sneak peak at what's being planned for the tour performances, it's all a mystery.

An astounding eight dates have been rescheduled on the North American leg of Rihanna's global tour, including shows in San Diego, Houston, Austin, Dallas, Atlanta, Phoenix, New Orleans and Oakland and San Jose, California. Some on the European part of the tour have been flat-out cancelled. Now, with this new schedule, the tour will begin March 12 in Jacksonville, Florida. If you've got tickets for this first part of the tour, one thing that is known is who will be her special guest. Rapper Travis Scott will be joining her on that leg, if all goes according to plan. Euroean fans are in for a treat, too. Big Sean and The Weeknd will be joining her onstage for that part of the trip.

Given the length of her tour and the importance it has for rolling out Anti, it makes sense that she's taken so many precautions with her health. Singing night after night is not only exhausting, but it can be dangerous if you're not in top form. Rihanna is no delicate flower, so if she's postponing any shows, it's surely for a good reason.

Here are the new show dates: