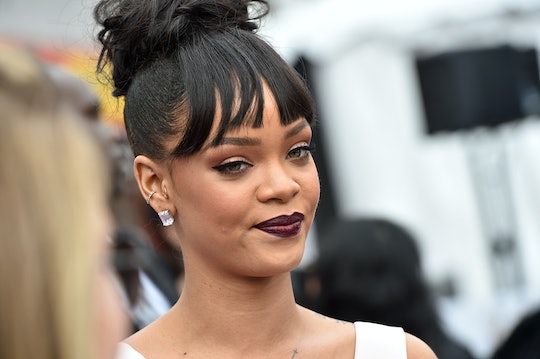 Why Is Rihanna's Album, 'ANTI,' Delayed? Here's What We Know

Anticipation is rising for new music from Rihanna, but her next album may not be released anytime soon. This weekend collaborator Glass John broke the silence on Twitter with his take on why Rihanna's eighth album, ANTI, is delayed. Though what appeared to be the first track from ANTI, "Kiss It Better," was released last year, fans are still waiting for Rihanna's follow-up to 2012's Unapologetic, and until now, there's been no hint of an explanation.

On Dec. 27, songwriter John tweeted a series of accusations against producer Travis Scott. Billboard discovered that before John's management took control of the account on Dec. 28, John tweeted that Scott delayed "Kiss It Better" and claimed that the album was originally scheduled for release on November before being pushed back to Christmas. He repeatedly referred to Rihanna as his wife, writing about ANTI, "It was suppose to drop on my birthday 11.6th so then me and her could tell the world about us." John went on to write that Jay Z wants to hold off on releasing the album until demand increases.

John's tweets lead to more questions than answers. Since Rihanna isn't responding to his statements on Twitter, it's difficult to discern what's actually going on with ANTI. For the singer's fans, the lack of clear info is confusing and frustrating:

Here are three things we know for sure:

There Is No Set Release Date For ANTI

Despite John's indications that dates have already been set and scrapped twice, Billboard reports that there is no publicly-confirmed ANTI release date. According to TIME, Rihanna released the first snippet of "Kiss It Better" in December 2014 to tease the album.

There Will Be An ANTI World Tour In 2016

Entertainment Weekly reported in November that Rihanna released the schedule for the ANTI World Tour. The first show is Friday, February 26 in San Diego, California, followed by dates across the country in cities including Philadelphia, Chicago, and Seattle. She'll head to Europe in June, starting in Amsterdam and ending her tour in Zurich on Aug. 12.

The fascinating, artsy ANTIdiaRY website seems to be a teaser for the ANTI album, and it's still being updated with new content. The app is exclusively for mobile and, Billboard writes, developed in collaboration with Samsung. When a new "room" is released in the app, Rihanna posts a video clip to Twitter. Video for Room 6 of ANTIdiaRY was released on Dec. 20. It may not be the same as listening to the album, ANTIdiaRY provides a way to experience Rihanna's aesthetic and artistry in the interim.

It's unclear how long fans will have to wait to hear ANTI. Fingers crossed for a release date!