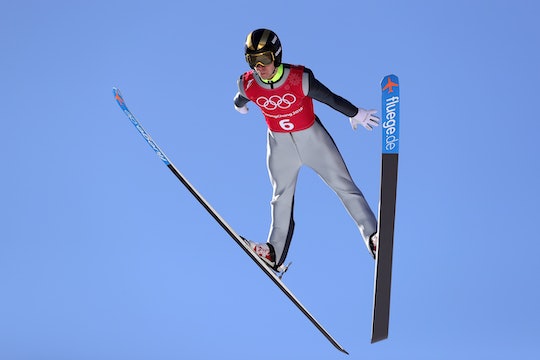 The opening ceremony of the Olympics is one of the most exciting parts of the two-week long event. Viewers get to be introduced to the culture and story of the host country of South Korea, and the Olympic Games themselves. The opening ceremony for the 2018 Winter Olympics, held in PyeongChang and airs this Friday, should be no different. But I find the best part about the opening ceremony is the "Parade of Nations" — when all of the competitors march with their respective country before the games begin. But some people might be confused this year when they notice the Russian flag missing from the parade and wonder why Russia is competing under a neutral flag.

During the last Winter Olympics, in 2014, Russia led the medal count, winning a total of 33 medals (including 13 gold medals), according to Business Insider. But a lot can change in four years; this was made clear, this past December when the Olympic officials at the International Olympic Committee (IOC) made the decision to ban Russia's Olympic team from the 2018 Olympics, according to The New York Times, due to an "extensive state backed doping program."

An independent study had found that 1,000 Russian athletes from 30 sports benefitted from the doping program, according to the BBC. In addition to banning athletes from competing in this year's Olympics, according to NBC, they also stripped Russia of 20 medals earned during the 2014 Olympics.

Although the IOC banned the Russian Olympic Committee from attending this year's Winter Olympics, as a result, they did rule that clean Russian athletes could compete in PyeongChang under the name "Olympic Athlete From Russia," according to the BBC. But because these athletes are using a neutral name, they are also using a neutral flag — a white flag with the official Olympic symbol in the middle of it. At least 168 athletes from Russia will be competing under the Olympic Athlete From Russia name, according to CNN.

While there will still be many athletes from Russia competing in events such as alpine skiing, curling, and ice hockey, they won't be able to really represent their country. Not only will they have a neutral flag in the opening ceremony and an appointed Olympic volunteer holding the neutral flag, the athletes from Russia won't be able to wear their flag on their uniforms. Other than mentioning the fact that they're from Russia, according to NPR, the athlete's uniforms can't include any other words or references to their home country. And if these athletes from Russia do end up winning any medals, the Olympic anthem, rather than Russia's National Anthem, will play during the medal ceremony, according to The Daily Express.

But some are still hopeful that the amount of athletes from Russia at the Olympics can grow. In fact, 47 Russian athletes have filed appeals with the IOC to compete in this year's Olympics, according to The New York Times, and it could be possible that they could join their teammates just one day before the games begin.

The Winter Olympics are the one time, every two years, that you can get into competitive speed skating and bobsledding without shame — because everyone in the world is watching it, too. When the 2018 Winter Olympics kicks off this Friday, people will tune in for weeks to see if their own country wins the most gold medals and see who the reigning athletes are, like they do every year. But things will be just a little bit different this year due to Russia being banned from this year's Olympics.

The competition will be the same as ever — but the absence of Russia's flag, anthem, and name might throw a few people off. And now you can let them know why.