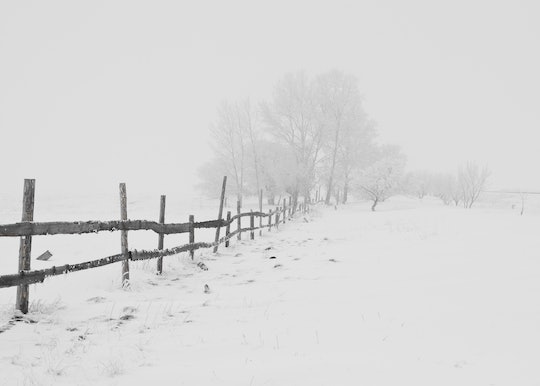 Why Is SIDS More Common In Winter?

Keeping your infant safe and sound is a year-round task, but each season brings its own concerns. You may worry about summer mosquitos or autumn colds, but there is a particularly heartbreaking concern for infants in the winter months: sudden infant death syndrome (SIDS). Why is SIDS more common in winter, and how can parents help protect their infants from this risk?

As far as parental nightmares go, SIDS must be high on the list. As explained by Kids Health, SIDS is the leading cause of death for babies between one and twelve months of age, and every year around 2,500 infants die from the condition in the United States alone. Although parents can take many steps to reduce the risk of SIDS, its exact cause remains unknown.

Researchers closely monitor SIDS cases to learn more about the condition. And there has been an interesting finding: according to the National Institute of Child Health and Human Development (NICHD), there is an increase in the number of SIDS cases in the winter months. As the NICHD further explained, this is likely due to parents putting extra clothes or blankets on their infants for warmth. Saxly, this understandable impulse to keep babies warm may actually put them at risk for SIDS. It may lead to suffocation. In addition, illnesses such as colds and flu are more common in the winter months, and these maladies may be associated with a higher rate of SIDS, as noted by Eugene Pediatric Associates.

Whatever the cause, there are plenty of steps you can take to keep your infant safe from SIDS during the winter months (or any time of year). Perhaps the simplest thing you can do is also the most effective: put your baby on her back to sleep. According to the Safe to Sleep campaign, the overall rates of SIDS incidents in the United States dropped by half at the same time the rates of infants sleeping on their backs doubled. And as noted by the American SIDS Institute, the baby should sleep in a crib without any cover, pillows, or blankets.

As long as the room temperature is comfortable for an adult, then your baby should be able to sleep well without the addition of heavy blankets (which may pose a suffocation hazard). Hopefully, you and y0ur baby will brave the winter months safe and warm.