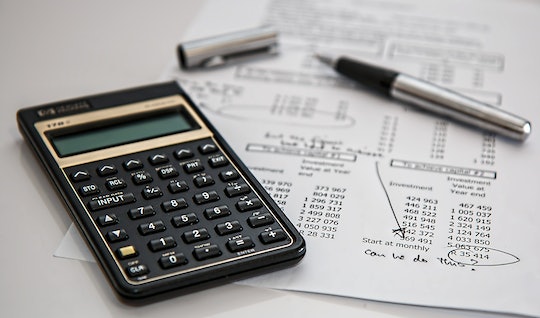 Traditionally, Tax Day in the United States is April 15. Every year, individuals and businesses frantically scramble to file their paperwork and pay what they owe in taxes by that day. This year, however, Tax Day has been moved to Tuesday, April 18. And it's kind of a bless because you get three extra days before you have to get everything together and submitted. But the procrastinators may wonder why is Tax Day on April 18 in 2017 instead of April 15?

Well, it's not just one reason. To start, April 15 falls on a Saturday this year. Since federal offices aren't open on Saturdays, the deadline for filing taxes gets pushed to the following Monday. I know what you're thinking: "Then shouldn't this year's tax deadline be April 17, the Monday after what typically would be Tax Day?" Normally yes. This year, however, The Balance noted that Emancipation Day will be observed on that Monday, April 16, in Washington D.C. And because D.C. holidays affect tax deadlines just as federal holidays do, as The Wall Street Journal noted, Tax Day gets pushed to Tuesday, April 18.

Never heard of Emancipation Day? You're probably not alone. According to CBS News, Emancipation Day commemorates the day that President Abraham Lincoln freed slaves living in Washington in 1862. It's been observed as a local, District of Columbia holiday since 2005, as noted by Time and Date. The day is also used locally for D.C. officials and residents to advocate for themselves, given that they still don't have congressional representation. According to the website for DC Vote, an organization which fights for representation, D.C.'s congressional representative is unable to vote.

Though April 18 will be this year's tax deadline for the majority of people living in the U.S., the aforementioned article in The Wall Street Journal noted that people in parts of Georgia and Mississippi have until May 31 to file taxes and people in some parts of Louisiana have until June 30 this year. In both of those cases, the extended deadlines are due to natural disasters and severe storms. Those areas fall into designated federal disaster areas, so the Internal Revenue Service (IRS) has chosen to extend deadlines for those residents. Deadlines can also differ due to living and working abroad or for military members serving in combat zones. Some states also have different deadlines.

Regardless of the reason, you have been gifted a few extra days to get your taxes in order. So if you're still wading through what feels like endless amounts of paperwork, you can breathe a sigh of relief.