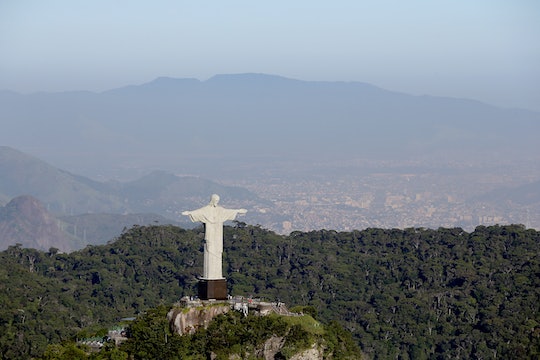 Why Is The WHO Downplaying The Zika Threat? The Rio Olympics Are Still On

Zika is one of the most talked about health scares in the world right now. Its highly spreadable, highly talked about nature makes it one of the more prolific health concerns. So with the summer already here and Zika cases on the rise, it makes sense that many — doctors, travelers, people who spend time in their back yards — are scared. So why is the WHO downplaying the Zika threat?

Despite growing cases of Zika in Brazil and fears among many, the World Health Organization says that the 2016 Olympics in Rio are still on. The 2016 Olympics are being held in Rio de Janeiro, Brazil this August, where athletes from all over the world will live in Brazil and compete for the Olympic medals. According to the BBC, the International Olympic Committee has said that there is no reason to move the Olympic games or delay them because of Zika.

This is actually pretty concerning. But in a statement about the Olympics/Zika concern, the WHO argued,

That seems kind of risky, considering how big of a threat Zika is being made to be. But why is the WHO simultaneously downplaying Zika, while telling the public to reduce travel the region in the same breath?

Turns out there might be a reason that the WHO is downplaying the Zika threat in Brazil. In an interview with The Guardian, Professor Jeremy Farrar said that moving or postponing the Olympics would be unnecessary, because the risk at that time of year was less heightened. "Mosquitos in August are not nearly so active in Brazil as at other times of the year," Farrar said. "Risks are therefore reduced."

That reassurance isn't quelling fears, however. In a letter signed by 115 doctors posted to the website, Rio Olympics Later outlines the state of Zika in Brazil. The letter states that there have been 120,000 probable Zika cases in Brazil and 1,300 confirmed cases of microcephaly. The letter also mentions that Rio de Janeiro has the fourth highest incident rate for Zika. Not good news for anyone and certainly not good news for travelers.

The letter calls for the WHO to reevaluate the risks of the Games being held in a Zika-heavy zone, if only for the sake of the Olympians who might possibly be at risk of catching the virus.

However, a decision to pull out of Rio completely until Zika calms down would be incredibly expensive. The planning that goes into the Olympics is notoriously long and expensive. Brazil reportedly spent $25.9 billion in planning for the Olympics, which includes building brand new sports facilities and housing to accommodate all Olympic athletes.

While the WHO might not believe that Zika poses a big enough risk to pull out from the Olympics, the fear of the mosquito borne virus will be a serious one come August.