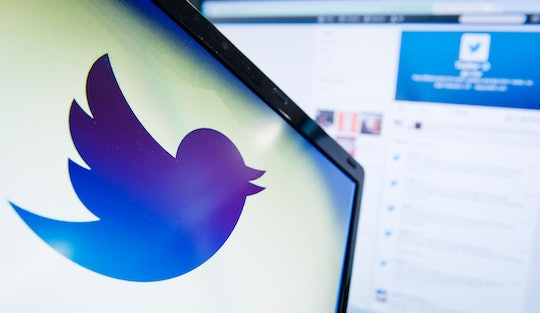 Why Is Twitter Down? Hackers Are Likely To Blame

If scrolling through your feed is a soothing, start-to-Friday tradition, you might be out of luck this week. Twitter users in the eastern U.S. were reporting slow loading speeds and even complete shutdowns of the site all morning on Friday. Why is Twitter down? Dyn, a company that monitors and routes Internet activity, released a statement Friday morning saying that it has suffered a "DDoS attack against [their] Dyn Managed DNS infrastructure," which has caused "increased DNS query latency and delayed zone propagation." The DDoS, or "distributed denial of service" attacks, have been attributed to hackers.

Dyn is the sole DNS provider for Twitter, so there's really no other way to access the website once it has been attacked. When users type in a website's address, the DNS converts that URL into a numerical, IP address, essentially translating it from human-speak to computer-speak — no DNS and you're out of luck. What's more, Twitter's not the only website affected by the alleged hacking. Spotify, Reddit, Netflix, Etsy, and Pinterest were affected by the attack as well, Gizmodo reports.

First acknowledging the issue at 7:10 a.m. Eastern Time, as of 9:45 a.m. Eastern Time, Dyn has updated its statement to say that "services have been restored to normal." An hour prior to this resolution, the company's engineers were reportedly working through the malfunction in attempts to halt that frustrating feeling of refreshing a webpage while still getting no updates.

When implementing a DDoS attack, hackers ensure that "the servers are hit with so many requests that they stop responding," preventing real users from accessing the sites. As of now, Dyn has yet to release any information on who caused the DDoS attack, but tech blog The Next Web emphasizes: "The fact that the attackers were able to disrupt the DNS provider used by some of the most popular websites tells a lot about their abilities."

Though limited access to Twitter seems like a total first world problem, the fact that the website was compromised by outside actors reveals some real, global security threats. Restricting an entire region's access to major news and networking sites infringes on users' freedom to communicate. Seemingly small instances of compromise also can remind citizens of the very real, very serious cybersecurity threats that are coloring this year's presidential election—issues that will only grow in significance given our internet-reliant society. Even if Dyn is not able to identify who executed the attack, hopefully it will figure out exactly how hackers managed to gain such control — not just for its own piece of mind, but for ours, too.