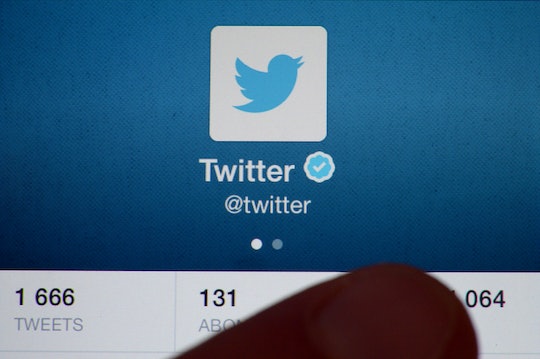 Why Is Twitter Down? How Else Will We Express Our Collective Rage?

On Monday evening, Twitter intermittently went down a few times for most users. Luckily, this time at least, it wasn't a complete outage. No, Twitter decided to play games with its users heads — it worked for a bit and the world was good, and then once you went to refresh your feed it was gone again.

I'm not usually one to wax philosophic about technology since it's my bread and butter, but when Twitter goes down during Bachelor In Paradise, the Olympics, and all the things I didn't really want to know about Donald Trump's plan to fight ISIS on a slow Monday night, well...let's just say the amount of anxiety I felt was a little surprising. (But seriously, if no one can tweet about Bachelor In Paradise, is that like an automatic rose ceremony do-over? These are real questions Twitter users grapple with all the time.)

Then again, the best part about Twitter crashing and then rising again, triumphantly, is being welcomed with a slew of tweets about how Twitter was down for a few minutes while you were gone.

Back in the day, Twitter used to crash all the time simply because the system couldn't handle all the fun (remember the fail whale?). It doesn't happen so often anymore, but the social network does go down pretty epically at least a few times a year. Just last week, there was the crash on August 10 (do you remember where you were?) that lasted for a few hours. In January, the network was down for six whole hours. That time, Twitter said in a statement that "the issue was related to an internal code change."

"We reverted the change, which fixed the issue," the company wrote. On Monday, Twitter tweeted that it knew about the sporadic outage and were working on a "fix" but didn't give away too many specifics.

It's not usually an overload of traffic anymore, but some coding issue, like this winter. But I like to imagine that sometimes Twitter just can't take any more of us, like a friend who's listened to you work out the same issue for days and finally can't take it anymore and just yells that you should sign up for Soul Cycle already.

When you think of it like that, it's harder to be mad at Twitter for its little temper tantrum. Twitter just needs a break every now and again. I'm OK with that — as long as it doesn't last too long.