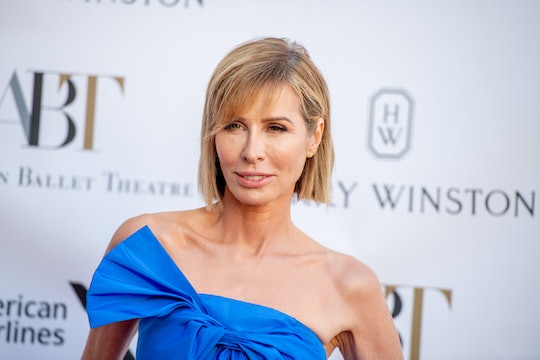 The Real Housewives of New York City returned earlier this month, but one Housewife was noticeably absent from the crew. So viewers may be wondering why Carole isn't on RHONY Season 11. After a tough Season 10 — and a very toxic friendship with fellow cast member Bethenny Frankel — Carole ultimately decided to quit the show.

She joined the cast in Season 5 as a former ABC News producer turned bestselling memoirist. After producing Emmy Award-winning news coverage embedded in war zones, Carole was faced with the death of her husband Anthony Radziwill, the son of a Polish prince and Jackie Kennedy's nephew. She went on to write a book called What Remains: A Memoir of Fate, Friendship and Love before joining Real Housewives Of New York City in 2011, and her novel, The Widow's Guide to Sex & Dating, was published in 2014. She maintained a column with Glamour during this time but, in the end, Carole concluded that her grand experiment with reality television was over.

"After six seasons on Bravo’s RHONYC, I have decided to return to what I do best — journalism and producing," she told Bravo's The Daily Dish in a statement about her departure.

I am sure this does not come as a surprise to any of the viewers, all of whom have been supportive, encouraging, and kind. My original curiosity about reality television has waned over the years and I am focusing on TV and writing projects that better suit my more steady temperament. I have worked with amazing producers, made great friends, and I’m thrilled to leave frenemies behind. I will remember this entire experience with delight, humor, and a veracious accuracy. Next.

Carole doubled down on that hint of shade in a recent Instagram comment, per Us Weekly, just to make her opinion on the show perfectly clear. Back in February, a fan commented on a post of hers, "how can I watch RHONY next season without you."

Carole replied, with a winking face emoji and her razor-sharp wit: "with the sound off."

So, even though Carole forged at least two seemingly deep friendships during her time on the show, it looks like there's no love lost between her and her fellow castmates. Viewers obviously saw her friendship with Bethenny go down in flames over the course of Season 10, but it may surprise you to learn that she actually doesn't stay in touch with Tinsley Mortimer — a person Bethenny widely regarded as her replacement BFF — either.

In a somewhat surprising turn of events, given their relationship on the show, Carole confessed in a September interview with Us Weekly, that Ramona Singer, of all people, is the only castmate she keeps in touch with.

"Ramona, I’ll be honest, she’s a very good girlfriend. There’s a reason why she has 25 really close girlfriends that she’s accumulated," Carole said. "She knows how to create and maintain friendships."

Who would have guessed? In any case, it sounds like Carole is quite finished with the show for now, thank you very much, but if she keeps that relationship with Ramona going, I wouldn't rule out a cameo appearance or two in future seasons.