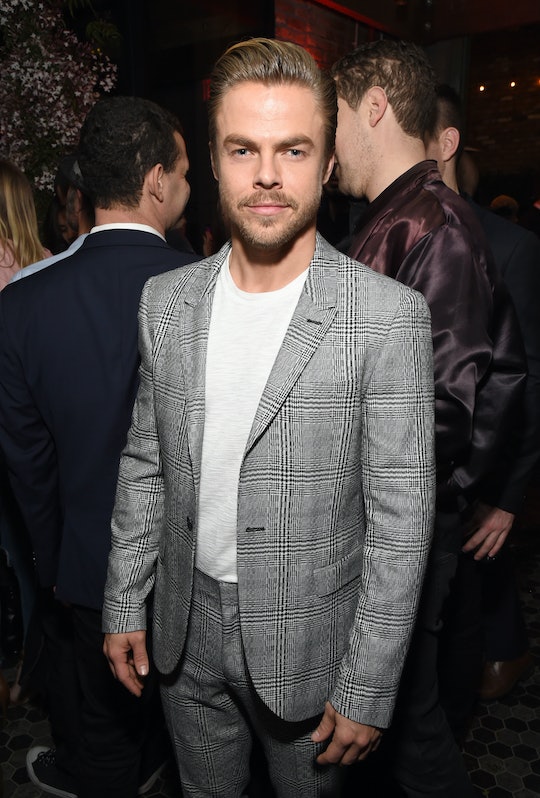 Derek Hough Will Be MIA On 'DWTS' Season 24

It's time for Season 24 of Dancing with the Stars and it's going to be a big one. This season will include the show's 400th episode and the cast includes plenty of fun stars, including the most recent Bachelor Nick Viall, Olympic gold medal gymnast Simone Biles, Fifth Harmony's Normani Kordei, Glee's Heather Morris, and Mr. T, just to name a few. However, while the show will definitely involve fan favorite dance pros, Derek Hough, sadly, won't be one of them. So why isn't Derek Hough on Dancing With the Stars Season 24? Unfortunately, he's all booked up.

In an interview with Glamour magazine, DWTS executive producer Rob Wade confirmed Hough will not be competing this season ahead of the casting announcement. "I can guarantee you [Derek] won't be back [this season] because he's doing the Move tour," he said. The Move Beyond tour is his tour with sister Julianne Hough, which is making it's way across the country from April to June. This is also why an appearance by Julianne is unlikely, however this season is a big one for the show, so it's still possible the brother-sister duo will make an appearance at least once during the season. Maybe for the 400th episode?

Hopefully, this isn't a sign that Derek is done with DWTS. The dancer-turned-actor has been blowing up in the past few years. He starred in the dance film Make Your Move, had a recurring role on Nashville, appeared on Jane the Virgin, and starred in Hairspray Live! as Corny Collins. He's also listed as appearing in an untitled Kourtney Kang project later this year.

However, just because he's gotten a bit more busy, that doesn't mean he'll never return to his roots so don't lose hope just yet. Though the Houghs won't be on this season, there are still plenty of veteran dancers ready to hit the ballroom floor. Peta Murgatroyd and Maksim Chmerkovskiy, who just had their first child, are returning for the show. Maks' brother Val is also returning after winning the Mirror Ball trophy last season with Olympic gymnast Laurie Hernandez. Also returning are Lindsay Arnold, Sasha Farber, Witney Carson, Emma Slater, Gleb Savchenko, Kym Johnson, Sharna Burgess, Keoikantse Motsepe, and Artem Chigvintsev.

This season is definitely shaping up to be one of the best yet and fans won't want to miss it. You can watch Dancing With the Stars when it premieres on Monday, March 20 at 8 p.m. ET on ABC.