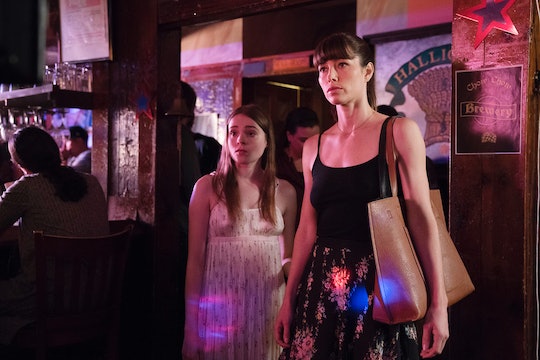 'The Sinner' Focuses On A New Mystery In Season 2

When The Sinner premiered, its story was closely focused on Jessica Biel's Cora Tannetti. She committed a shocking crime in the first episode but had no idea what her motive was; the season delved deeper into her past as she tried to make sense of what led her to that place. But despite the fact that she was the protagonist, Cora won't be a part of the show when it returns on August 1. So why isn't Jessica Biel on The Sinner Season 2?

One explanation for Biel's absence is fairly obvious: Cora's story is over. There was no cliffhanger at the end of the first season, no threads left hanging. She got to the bottom of what caused her to murder an innocent man for seemingly no reason and she was able to find peace. With that mystery resolved, the show has decided to explore another one. This time, it's about a young boy named Julian who is arrested for killing his parents, though no one knows why he did it.

At the moment it doesn't look like Biel will be a part of The Sinner Season 2 onscreen, but she did continue to work on the show behind the scenes. She remained a producer on the project and seems to have been very involved in the production. IndieWire reported that she was open to revisiting Cora in the future, too. Season 2 wasn't the right time to do that, but that doesn't mean the door is closed on Cora forever.

The Sinner will center around a different character in its second season, with Bill Pullman's Detective Harry Ambrose providing the link between seasons. Ambrose returns to his hometown to investigate the murders causing a stir in the local community, and perhaps reveals more of his own past in the process. Biel discussed the story shift with Variety at an Emmy For Your Consideration event. According to her:

We did talk a lot about does Cora come back for Season 2 and what is the relationship because that's what was interesting to me. What happens when a woman goes through that? What is life like after that when the only person really in her life that she can connect with, even besides her husband, is the detective who got her out of this thing? But we just couldn't do it this particular season.

That seemed like a confirmation that Biel wouldn't be acting on the show in its second season, but she hinted at other possibilities in a later interview with The Hollywood Reporter. Biel made it sound like Cora might make another appearance, even if it was a limited one. "I will definitely be involved as a producer," she said, adding:

I can't really say much at this point without giving anything away how much I will be involved onscreen — that's still being developed and looked at. But lucky for me, no matter what I will always be able to be a part of the show and I'm very proud of it.

Though there were a lot of changes from Season 1 to Season 2, the format of The Sinner appears to have remained the same. It's not a traditional mystery in the most basic sense: it's not about finding out who committed its central crime because the audience already knows the answer. It's about exploring the pain and trauma that led to what happened. Often referred to as a "whydunnit" instead of a "whodunnit," The Sinner is all about understanding a person's motives.

It's not clear how much Biel will be in front of the camera as the show continues, but she's definitely still a big part of the series. And from the sound of it, there might be a chance that viewers will see her in the new season after all.