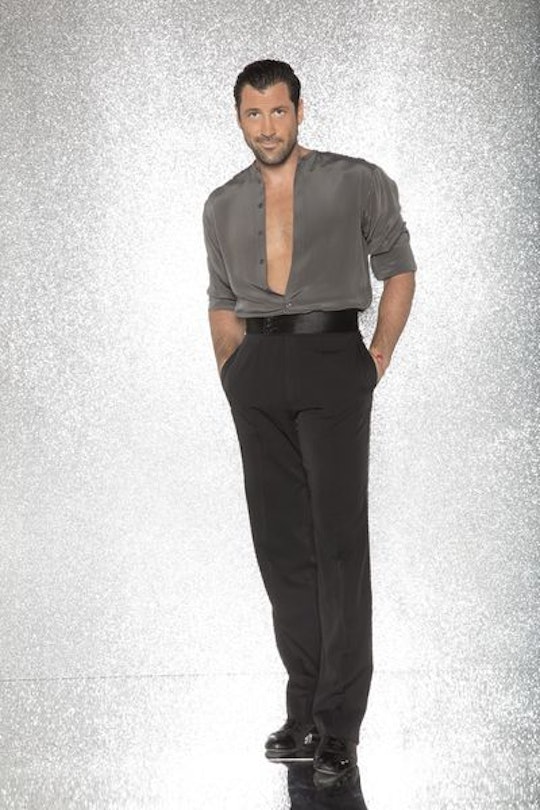 Maks Was MIA On 'Dancing With The Stars'

On Monday night's Dancing with the Stars it was announced that Vanessa Lachey's partner, Maks Chmerkovskiy would not be performing that night. So why isn't Maks on Dancing with the Stars? Hosts Tom Bergeron and Erin Andrews only said that the dancer was dealing with a personal issue. I'm sure more information will come out soon. I could try to guess what's going on in the dancer's life, but it seems a little unfair.

I do know that Chmerkovskiy has a couple of close relatives who are also competing on Dancing with the Stars, including his brother Val and his wife and mother of his infant son, Peta Murgatroyd. Both of these dancers are still competing in Monday night's episode, so it doesn't appear to be family related. Another explanation could be that Chmerkovskiy was inured, or dealing with a sensitive health issue. News broke last season that Chmerkovskiy was injured so badly he needed to be taken out of the competition and then received surgery to deal with the issue. Considering he was back for Season 25, it didn't seem that this injury was likely to slow him down. But if it was just an injury, wouldn't it have made more sense just to say this?

What I do know is that I am far from the only person wondering what happened to this beloved pro dancer and worrying about him. Twitter has been positively abuzz wanting to know exactly what happened to the fan-favorite dancer, who has been a part of the show for 17 seasons. Some speculated that it was another injury, while others were just confused. Personally, I am in the "just confused" camp.

It's certainly not unheard of for a dancer to miss a week or even two due to injury or some other personal issue. The only difference is that usually there is some information available about why a dancer is absent. There's no shame in sustaining an injury after this kind of grueling athletic work day after day. I'm extremely concerned that something could be seriously wrong with Chmerkovskiy.

Luckily, there is usually a silver lining when it comes to dancer absences, and that means a replacement dancer. Chmerkovskiy was replaced with dancing pro Alan Bersten, who was taken out of the competition just last week when his partner, star Debbie Gibson, was eliminated.

I don't know about the rest of you, but personally I fell in love with Bersten when he stepped in to partner with UFC fighter Paige VanZant in Season 22 of the show. At that time he was a troupe dancer and soon after became a certified pro.

In the video package before Lachey's dance, Lachey only mentioned that her partner couldn't be here that night, so she would be dancing with Bersten. The video showed the two of them practicing with a group of girlfriends, as girls night out is apparently her "guilty pleasure," the theme of the night. The two danced a super adorable and high-scoring jazz routine to Cyndi Lauper's "Girls Just Wanna Have Fun," proving that Lachey perhaps doesn't even need her regular partner to take this thing home. "I think on this occasion everybody had fun watching that," judge Len Goodman said, in a rare complimentary moment.

I can't speculate on what, precisely, is going on with Chmerkovskiy again, because, nothing has been confirmed as of now. Because his wife, Murgatroyd was still dancing, we can assume that everything is fine with their baby, so no need to worry ourselves on that score. Other than that, everyone on the show has been extremely tight-lipped about the situation. In that case, it looks like the only thing to do now is wait and see what comes out.