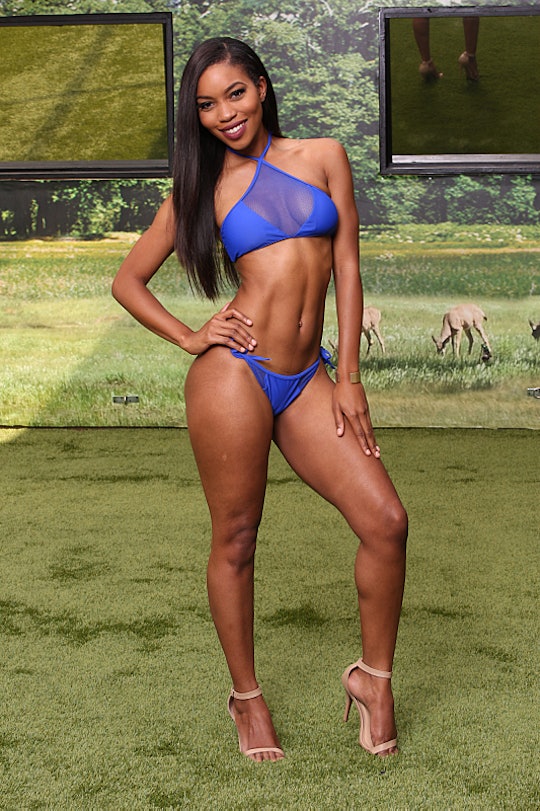 Why Isn't Zakiyah Getting More Camera Time On 'Big Brother'? She Deserves To Be Onscreen

Personally, as soon as I learned there was a houseguest with my name on Big Brother 18, I immediately knew she'd be my favorite. But once I actually started to watch the live feeds, I really started to like Zakiyah. She's funny, a little shy, can dance, and has a great personality. Zakiyah gets along with almost everyone in the house, and she's insanely gorgeous. Also, her showmance with Paulie (#Zaulie) is quite possibly the cutest thing I've ever seen and if they don't stay together after the show, I'll be seriously heartbroken. But as much as I love Zakiyah, I couldn't help but ask myself, "Why isn't Zakiyah getting more camera time on Big Brother?"

This season of Big Brother has been on air for three weeks now, and they air an episode three times a week, meaning there's been a total of nine episodes. Yet, Zakiyah has appeared on my screen maybe five times. At best. Thankfully, I watch the live feeds so I've been able to see Zakiyah in all her wonderful glory, but for those who don't watch the live feeds, they have no idea how great Zakiyah is. Many Big Brother fans didn't get to see Zakiyah and Nicole's choreographed dance together, or Zakiyah and Paulie's great conversation about interracial dating, or just any Zaulie scenes at all.

In the last week, there was a segment about two showmances (Natalie and James, Nicole and Corey) and yet no mention of the very real showmance between Zakiyah and Paulie. Some fans have suggested that it might be because Paulie and Zakiyah don't talk about each other in the Diary Room, but that still seems like a cop out. There's so much footage of the two of them that you don't even need a Diary Room interview to confirm it.

Zaulie aside, the lack of Zakiyah on-air is the real problem. Paulie still gets a lot of screen time on his own, but if you only watch Big Brother on-air you probably don't even really know who Zakiyah is. Although she hasn't won any competitions yet she's still a valuable member of the house. She's in the Eight Pack, the Fatal Five, and she's one of the top players in the house right now. Zakiyah has been quietly killing the game, staying friends with those in power, and she has the potential to go far as long as she stays focused.

With Zakiyah's birthday last week and everything the houseguests did for her to celebrate, production has to show Zakiyah on-air this week. If they never show her, the fans may just riot. #GiveZakiyahAirTime.