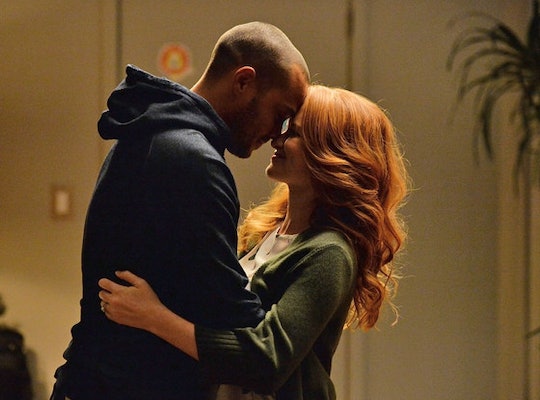 Grey's Anatomy is now on it's 13th season and in that time we've seen various relationships begin and end, and Jackson and April's relationship is no different. Affectionately referred to as "Japril" this popular ship began with the two being just friends until one night before they took their board exams they hooked up, despite April's strong religious believes about sex before marriage. Since then, we've seen April and Jackson go through various highs and lows in their relationship, culminating in their heartbreaking divorce. However, now it seems these two may be able to rekindle their romance, which is great because Jackson and April should definitely be together on Grey's Anatomy and here's why.

Although Jackson and April had their differences they were able to work through them together. April's religion is very important to her and something she takes very seriously, that's why when she met Matthew (aka, the man she almost married), it seemed to make sense. They shared the same values and he was also willing to wait to have sex until marriage. However, they didn't have the chemistry she and Jackson did and as it turned out, Jackson was willing to support April's beliefs even though he didn't really believe in them himself. For example, after they were married April made it clear that going to church every Sunday with their child was important to her and Jackson said he would go with them because he wouldn't want to just stay at home while his wife and child went to church together. Even though Jackson doesn't share April's faith he was willing to participate in the things that were important to April because it meant so much to her.

Then there's the fact that Jackson and April were friends long before they began dating. That time allowed them to really get to know each other, the good and the bad things, and they fell in love with each other because of and in spite of all those things. The reason they broke up is because they both handled the death of their son, Samuel, in very different ways and couldn't seem to find a way to work past it. However, now that they have Harriet, they're both realizing that they're better together and make a great team.

There's no real reason for April and Harriet to continue living with Jackson, but you can tell neither Jackson nor April wants them to leave and one has to wonder why. April didn't tell Jackson she was pregnant before the divorce because she didn't want him to stay with her for the wrong reasons, but maybe they needed Harriet to realize that they both made mistakes after Samuel died and there's still a lot of love between them.

They obviously still care deeply about each other and their issues are definitely something they would need to work through. Jackson and April are both at their best when they're with each other. Jackson knows how to calm April down when she begins freaking out, especially about the little things, and April brings Jackson down to Earth when he starts spending way too much money or does something way too extravagant. They balance each other and it's time they realized they belong together before it's too late.