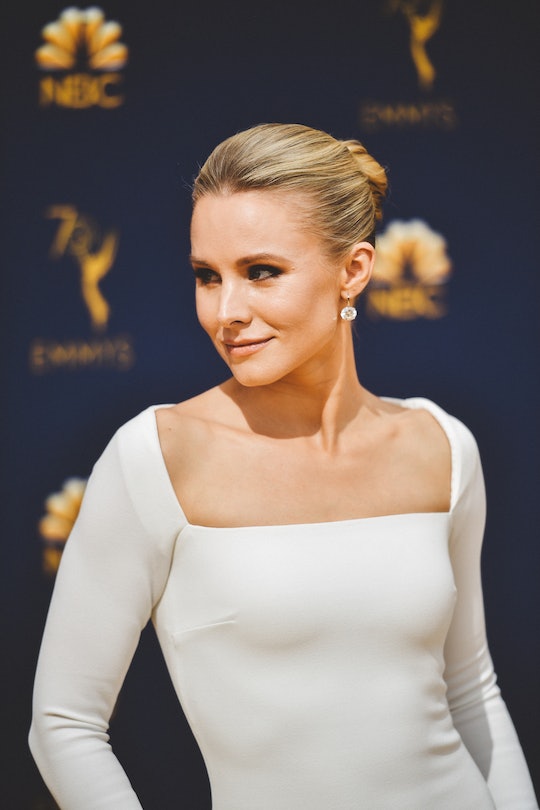 Have you ever pulled out an old animated film for your kids to watch — only to realize that some (or many) parts haven't exactly aged well? The reality of decades-old movies is they're often not as kid-appropriate (or even socially acceptable by today's standards) as we remember them — even if the overarching theme is a noble one. Heck, even a bonafide Disney princess is calling out another Disney princess movie about some of its outdated messages. And the reason why Kristen Bell asks her daughters these important questions about Snow White makes perfect sense.

The actress and funny mom shares two young daughters with her husband, Dax Shepard — Lincoln, 5, and Delta, 3. Even though Bell voices the character Anna from Frozen, she doesn't shy away from pointing out the questionable actions of characters in other Disney princess movies to her daughters. Because as Bell recently explained in an interview with Parents, there are definitely some iffy things happening in Snow White. "Every time we close Snow White I look at my girls and ask, 'Don't you think it's weird that Snow White didn't ask the old witch why she needed to eat the apple? Or where she got that apple?'" Bell recently told Parents, according to Fatherly. "I say, 'I would never take food from a stranger, would you?' And my kids are like, 'No!' And I'm like, 'Okay, I'm doing something right.'"

You know, Bell does make an excellent point. (I'd just make sure to let them know that Halloween is an exception to this rule.)

Another topic that Bell has touched upon with her daughters as a result of Snow White — and that's particularly important in this era? Consent. "Don't you think that it's weird that the prince kisses Snow White without her permission?" Bell asked her daughters. "Because you can not kiss someone if they're sleeping!"

To be fair, Disney's Snow White came out in 1938, according to History.com. So of course there are outdated concepts. The thing is, movies like Snow White are classics — so kids are going to keep being exposed to them. (And hopefully, they don't linger on the details as much as adults might.) But still. I think more parents should definitely take a cue from Kristen Bell and make it a point to discuss things like stranger danger and consent with kids as they come up — even in animated films.

And Snow White definitely isn't alone. Even though I watched Pinocchio as a child, for example — and it does make a strong argument against lying — it's not something I'm necessarily dying to share with my kids. (Children drinking, smoking, and skipping school, and then ultimately turning into donkeys? No thanks.) Still, if we did decide to watch Pinocchio, you can bet that I'd be right there harping about how cigarettes kill people, how skipping school seriously hurts your life chances in the long run — and how running away from home to join some sort of traveling circus is flat-out a terrible idea.

For the record, Bell doesn't shy away from tackling other tough subjects with her young daughters. Like sex, for example. In April, Bell shared with HelloGiggles how she and Shepard have already approached "the talk" with their kids. "We talk, very bluntly, in some people's opinion, to our children about everything," she said. "They asked about sex. We said there's a penis. There's a vagina. There's an ovum. There's ejaculate. They combine. There's DNA. Then you grow in my belly."

In conclusion — whether she's tackling stranger danger and consent during Snow White, or describing in technical terms how a baby is made — Kristen Bell is basically my mom spirit animal. And I hope she continues sharing her tidbits of mom wisdom, even if it does throw shade at the outdated storylines of her fellow Disney princesses.