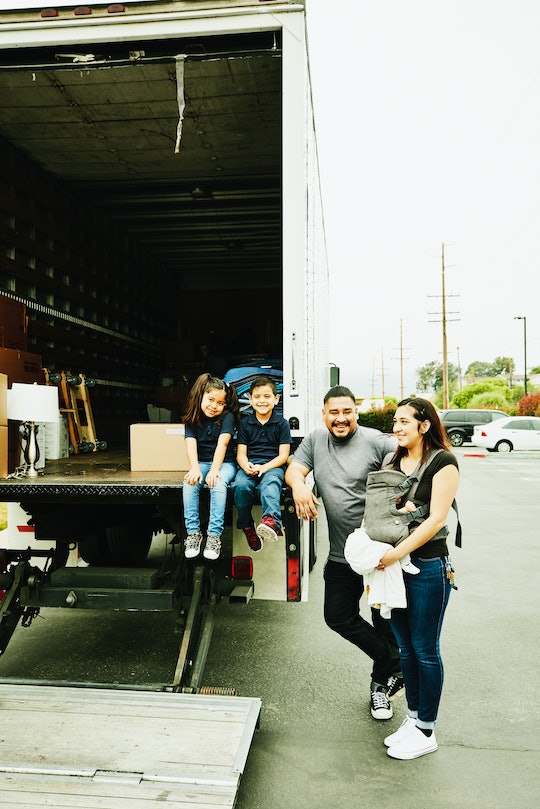 Making Change Is Hard. Here's How To Do It Anyway.

Pivot. Pivot. PIVOT. Why is shifting course, rounding the corner, so difficult? “Making changes is hard because we have a hardwired survival strategy to stick with what is familiar to us,” says Jason Hundley, a life coach based in Radcliff, Kentucky. “No matter how uncomfortable something is, or how bad it might be for us, the brain wants to stay with what it knows because it knows what to expect and how to cope from it.”

Yet so many success stories are really stories about transitioning to something new — a new endeavor, a new field, a new attitude. These narratives prove it isn’t just a matter of willpower (though that certainly helps you in the beginning). Making real change is in part about reframing your thought process to focus on emotions — gratitude, compassion, and pride — that will motivate you, as David DeSteno suggested in his book Emotional Success, discussed with The Atlantic’s Olga Kazhan. And it is about finding a way to let go of what you had before, as the people Romper spoke to prove.

Kirsten Beske, 54, says she had to totally fall apart before she was able to make a change in her life. Beske had been a successful partner at a law firm, but after her daughter had open heart surgery to remove a heart tumor at 3 weeks old and her son was subsequently born three months early, spending the next few months on life support, she could barely hold herself together.

“I did something I never would have considered doing before, and saw a therapist,” she says. “At first, I wasn’t sure exactly what I wanted to do, I just knew I wanted my work to feel more meaningful and less confrontational,” she says.

The therapist and career coach helped Beske clarify her interests and values, and gave her the permission she sought to make her move. She returned to school in psychology, and is now a life coach and owner of AProPositive in Brattleboro, Vermont.

“At first, it was a very humbling experience and felt extremely uncomfortable and disorienting to be a beginner in a new field,” Beske says.

Today? She’s so happy she did it.

Sometimes, it takes trauma to force you to change. Take Stephanie Chuang, a 34-year-old former TV news reporter who was working at NBC in the Bay Area when she was diagnosed with stage 3 non-Hodgkin lymphoma in 2016.

She went through nearly 700 hours of chemo before achieving remission, and she decided she couldn’t return to her former career.

The beauty of this life is that it’s usually not too late.

“I had every privilege in the world getting the diagnosis and going through treatment: no financial issues, the best insurance, access to top doctors through our social network and most importantly, the most incredible support network of family and friends,” Chuang says. “And yet I felt incredibly isolated and lonely, falling into a depression because of the constant anxiety.”

So she quit her career and, despite being incredibly risk-averse, Chuang started her own website, The Patient Story, with the mission of helping newly diagnosed cancer patients and their families better understand what they may deal with before, during and after treatment.

“The beauty of this life is that it’s usually not too late, and a lot of what bars us from the change is fear,” she says.

Melissa Eboli also came to a similar realization: life is short, so she wanted to be happy. In 2016, she resigned from her cushy sales job to be a caretaker for her mother, and she concurrently enrolled in a culinary nutrition program so she could turn her cooking passion into a career.

“I had an epiphany realizing that life is short, you never know what it will throw at you, so if I were to make a change out of this present career I was miserable in, the time was now,” she says.

But it was super scary, especially because Eboli had tried making a career change previously and failed. In 2009, she attempted running a personal training and nutrition business that never took off. So she reminded herself to focus on the present.

Natasha Nicholes, the 39-year-old executive director of the We Sow We Grow Project in Chicago, began a community garden a few years ago while raising her four children.

She admits it was anything but easy.

“It’s been one of the most tumultuous years to date,” says Nicholes, whose brother died from a car accident just after she launched the garden as a non-profit. She even tried to toss the entire project, but her friends and family wouldn’t let her.

“I didn’t have a fear of failure, but a fear of doing anything in the midst of grief,” Nicholes says. But it was her project that drew her out of her grief, and it cleared $10,000 during the first year of fundraising.

Change was also really difficult for Anna Rider, even though she really wanted it.

The 30-year-old had a serious back injury that caused her so much pain she couldn’t walk. She promised herself that when she recovered, she’d start her own business. So she was fearless when it came to her physical therapy and rehabilitation, and she went after all the opportunities she could find. But it wasn’t all rainbows and unicorns.

“It felt awful to start a business,” Rider says. “I was scared and didn’t know what I was doing — and my family and friends were all trying to convince me to quit and get a higher-paying job at a traditional company.”

Rider was working twice as hard and wasn’t seeing any results.

So a year later, she quit.

But six months after quitting, she went back to her business as a food writer and recipe developer at GarlicDelight.com, based in Boulder and became fully committed.

“Quitting was the best thing that happened,” she says. She knew that she’d be unstoppable this time.

More Like This
Why You Should Go Ahead And Have That Fourth Baby
The Power Of Being A Funny Girl
Marie Kondo Gives Up Tidying Post-Kids, Sparking Joy For Moms Everywhere
10 Of Julia Louis-Dreyfus' Best Quotes On Motherhood & Raising Her Sons
What Parents Are Talking About — Delivered Straight To Your Inbox