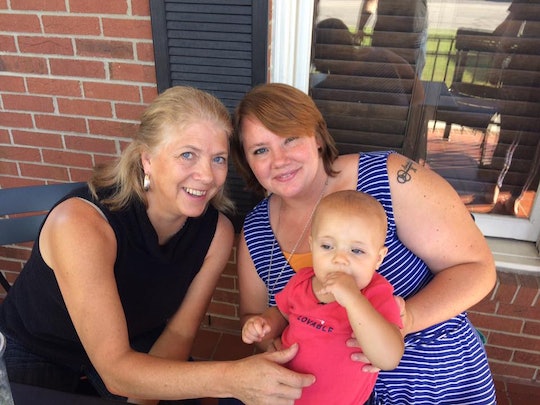 If You Have Little Kids, You Don't Need A Moms' Group — You Need Older Mom Friends

Mom friends aren't always for everyone. I'll admit that if you didn't already know each other before, it can be hard to make and keep new mom friends. However, it might just be an older mom friend that you're looking for. I've come to value my older mom friends just as much as my mom friends my own age or younger.

From an early age, I was passionate about influencing and shaping the lives of girls younger than me. I grew up without sisters, but as a teenager, I worked at a summer camp where the concept of mentorship was firmly planted in the way I viewed female relationships. After my first year at university, I was the first to sign up for being my dorm hall chaplain. From there, I've always found myself reaching out to women younger than me. I suppose it's why so many of my friends have often told me I had a nurturing mothering quality even before I ever became a mother. The whole time, I was equally seeking coaching and encouragement from women older than me as well — finding women who had that same desire to support someone younger than them. I've learned the importance of admiring women in the position I'd like to be in, and it's no different when it comes to my mom friends.

The 'been there, done that' vibe really seems to alleviate that odd sense of unintentional competition.

For starters, they're somewhat easier to make. I don't know what it is about making new mom friends that's so hard. Perhaps it's trying too hard to find moms with similar parenting styles to me or the fact that having small children can often make it difficult to commit to a time and place to meet up. I'm sure there's fear of not measuring up mixed in there for both me and the potential new friend, or fear of not clicking and then being faced with being "ghosted" (or being the one doing the "ghosting.") But I've found that those pressures aren't there as much when you befriend an older mom. The "been there, done that" vibe really seems to alleviate that odd sense of unintentional competition.

Plus, I love the perspective on what life as a mom will look like with slightly older kids. Their kids are in school when we meet up, so she can often give me more attention. That might sound selfish, but sometimes you just really need someone to be able to hear you out without interruption (from more than just your own kids). I've also been able to get a glimpse of what it looks like to go back to work or to have time for other pursuits. Just rubbing shoulders with someone not in the same place in motherhood as me is like reaching my head out of the water for a deep breath in order to plunge my head back in and keep going.

Quite a few of my older mom friends are actually my peers' mothers. Having a friendship with them outside of my existing bond with their daughters has been so life-giving to me, especially because I live far away from my own mother. Even without the distance, I've noticed there's something that often happens with mothers and daughters once you're both adults. My mom is someone I can call a friend, but she can't always relate to me in everything. She can often befriend someone else my age in just the right way, though. It works the same with my peers' mothers. The fact is just because I'm a mother to my own child now doesn't mean I don't still need to be mothered, and that can come from a variety of other women.

Getting help with certain parenting issues by an older mom's experience is an obvious reason to have them in my life. I have asked questions about some of my daughter's behavior and how I can handle it from my older mom friends and felt like I could trust their answers more than from a website or a book, because I see they've lived it out right in front of me.

I've also found that they're going through a lot of the same societal pressures on women but at a different age. It's been important for me to see and know how they deal, so I can decide the ways in which I want to emulate that or change. If my own daughter needs to observe a range of ways to cope with life from me, then it makes sense that I need models in my life for the same thing.

If women empowering women is going to be real for me, it has to also be cross-generational. I admit, my motherhood journey has had some ups and downs when it comes to the idea that "it takes a village." My own pride in how I do things has reared its head on more than one occasion. I have found keeping older mom friends in my life as encouraged me to humble myself. To see the bigger picture of raising up strong women — together —has been so worth it.