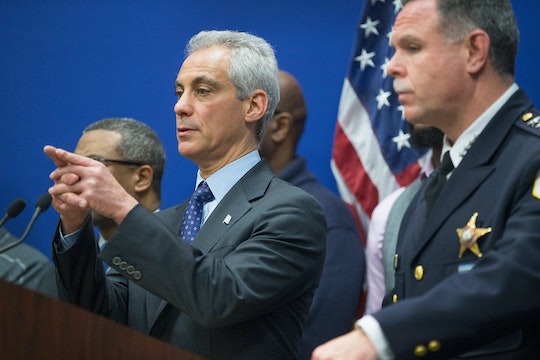 Why Not To Watch The Laquan McDonald Video

Tonight the Chicago Police Department was ordered to release the dash cam video of Laquan McDonald’s death tonight but it might be better not to watch the video of the shooting. The video shows McDonald carrying a small knife and walking away from the officers when they open fire. Laquan was shot 16 times, according to an autopsy, and had PCP in his blood, according to NBC Chicago News. The video was pronounced “disturbing” hours before its release at a press conference held by Chicago Mayor Rahm Emmanuel and Police Superintendent Garry McCarthy.

A lot of controversy surrounding the video is due its graphic nature and the fact that it took the police department over a year to release it. Cook County State's Attorney Anita Alvarez called the video footage "chilling” and after its release the Internet was feeling the same way. Attorneys for the McDonald family reported that Laquan’s mother was “not looking forward” to the release of the video. This summer, authorities noted that there was no audio in the video of McDonald’s shooting, but now that the video has been released, it looks like the audio might have been modified. In tonight’s press conference, Superintendent McCarthy spoke to the lack of sound and the regulation of dash cams. He said:

There was no audio with the tape I saw...I don’t think audio does exist... Sometimes we have technical difficulties….Sometimes officers need to be disciplined when they don’t turn it on.

But according to reports around the Internet it’s better not to watch the full video.

Because It's Graphic (And We've Been Here Before)

(Don't) Watch In The Name Of Activism

Tonight as the video makes its way around the Internet (or not), demonstrations are starting in Chicago. To watch or not to watch is a personal choice, but McDonald's shooting won't be forgotten anytime soon.