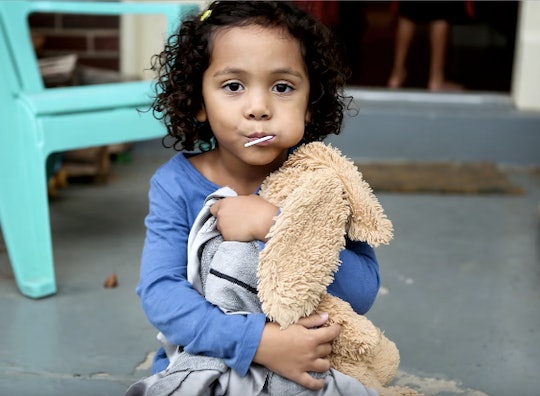 National Geographic has a history of unveiling covers that generate conversation: from the haunting picture of an Afghan refugee who graced the 1985 cover to its depiction of a sinking Statue of Liberty in 2013, the magazine has never shied away from controversy. But this January’s cover — of a young transgender girl — generated feedback like National Geographic has never seen before. It has been accused of “brainwashing,” and one follower wrote that he threw his copy out immediately. Several subscribers vowed that they would unsubscribe. But Nat Geo and the subjects of its gender issue can give dozens of reasons why parents should discuss gender identity with their children and be aware of the entire gender spectrum.

For those who missed the January issue, Nat Geo is also providing a closer look at gender in its two-hour documentary with Katie Couric, Gender Revolution, in February — and parents who are less familiar with the gender spectrum might find it insightful. After all, estimates of the number of transgender people in the United States have doubled in recent years, and more young adults are coming out as transgender or gender-nonconforming. As there's a growing awareness of the entire gender spectrum, it's become an easier topic to broach, and high-profile celebrities like Caitlyn Jenner, Laverne Cox, Hanne Gaby Odiele, and Ruby Rose are making it easier to talk about how society and gender interact.

For parents who grew up with a basic, binary view of gender, however, it can be easy to accidentally reinforce gender stereotypes or buy into the ideology that children with certain gender identities are simply playing pretend. But raising children with an open view of gender is incredibly important — not only for transgender children, but in order to help raise healthy children unconstrained by psychologically dangerous (and biologically false) societal standards.

Because the truth of the matter is — despite plenty of misinformation that claims otherwise — science has shown that gender identity is basically stable, and that it includes far more than just the "girl" or "boy" labels we see on blue and pink balloons. But in order for parents to understand their child’s gender identity, Dr. Kristina Olson, the lead researcher of the TransYouth Project, tells Romper, parents “need to know something about the existence of gender diversity in the world” in the first place:

I know a lot of families who say they couldn't figure out what was going on with their kid until they saw a piece about a transgender kid. It was the first time they realized that their kid might identify as transgender.

Dr. Joshua Safer, who runs the Center for Transgender Medicine and Surgery at Boston Medical Center, does a beautiful job of assuaging fears when it comes to gender identity. "The big things to know are: one, gender identity is a biological entity. ... If we were a little bit more casual about how kids identified themselves at school or dress or whatever, then it would be a big nothing," he tells Romper, continuing:

When we have tried simply to counsel people to accept that [gender identity] incongruence, that's been an abysmal failure and is the source of much disease, especially in the mental health realm. By contrast, when we use hormones and surgery as appropriate and allow people to appear in a way that is aligned with their gender identity, that has proved very, very successful. ... The harm of allowing your child to express him or herself is essentially zero. ‌

Research carried out by Dr. Olson, in a longitudinal study on trans children, seems to confirm that. Children show a very stable gender identity — whether it matches their assigned gender at birth or not — at a young age, and children who have transitioned show low levels of depression and anxiety. Olson tells Romper:

Children's perception of their gender identity seems to be quite deep. It doesn't seem to be something that just flits in and out. It tends to be pretty stable. We know that, we've never questioned that in kids whose gender is as expected. Developmental psychology has long shown that by about age 3, kids know very well what their gender is.

And unsurprisingly, people who are allowed to express their gender identity and receive support from family and friends show much better mental health outcomes — making it somewhat astounding that states have jumped on the opportunity to propose new anti-LGBTQ legislation in 2017. Legislators argue that these bills will keep sexual predators out of women's bathrooms, but police, school officials, and organizations dedicated to preventing violence against women say the sexual predator argument is not rooted in reality. And in the end, all these laws do is put transgender people — like 5-year-old Ellie who is featured in Nat Geo's Gender Revolution documentary — at risk. It legalizes hate.

"It’s terrifying to see all these bathroom bills that are still being proposed. There was a trans person discovered murdered yesterday. First one of the year," JR Ford, the father of a 5-year-old transgender girl named Ellie, says. "It is terrifying for me as a dad to still have to read headlines and see that this is still being politicized in a major way."

Because at the moment, gender isn’t only a hot topic in magazines like National Geographic — it is also being debated on a national stage. As public awareness of gender identity has spread, so has prejudice against it. In 2016, a record 202 anti-LGBTQ bills were filed, 55 of them directly targeting trans people. Three of those bills, astoundingly, passed. ‌

"In the last two years, it’s like everything in politics is around this issue," Vanessa Ford, Ellie's mother, tells Romper. "But it’s truly not a political issue — it’s a human rights issue, it’s an identity issue." ‌

For the Fords, the National Geographic gender issue goes further than simply spreading knowledge: it helps introduce the public to transgender people that they may never have had interactions with. "When people know someone or feel that they know someone, the issue becomes real for them," Vanessa says. "And I think that’s actually one of the big issues with legislation: most of the people putting out all of this legislation have never even met a trans person, and so they have no name or face or hug or handshake or laugh or experience from that person to base it on."

Despite the very tangible fear that has swirled around gender identity for a while now, however, many transgender people and their families are optimistic. The future now, for example, looks much brighter than it did just a few decades ago. "I thought I'd never come out," Kate Rohr, a 70-year-old transgender woman who only came out three years ago, tells Romper. "It was this deep, dark secret that I never wanted anyone to know about, because if I did [come out] ... [it] would have meant losing everything."

As for the legislation targeting trans people now? Rohr says the only solution is education and open discussion. "I really think that the big key right now is educating society, opening people's hearts and minds to this," Rohr says. "The only way that's going to get done is by people talking about it and being at the forefront."

There may be those railing against National Geographic for its gender issue, but that's OK — because for every person who is upset, there is another person celebrating this small victory, another parent learning about gender in a way they hadn't previously explored, and another child able to grow up in a way that aligns with their true identity.

When Ellie came out to her parents, at age 4, she told her mom, "I am a girl in my heart and in my brain." Thanks to her parents' openness and the awareness around gender diversity, she'll be able to grow up aligned with her true gender identity, rather than keeping it a well-hidden secret until her eventual retirement. That, rather than politics, is what this is all about. And that, precisely, is how a revolution takes place.