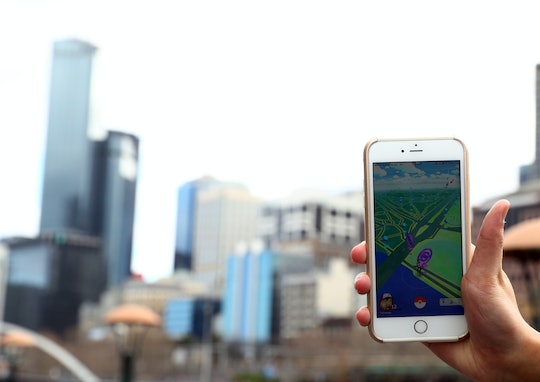 Pokemon GO, Nintendo's new augmented reality game app, has introduced some big changes to the Pokemon franchise, and players are pretty happy about them. Due to the AR nature of the game, users are getting off the couch and going out into the world, getting exercise, exploring their neighborhoods, and making new friends. And best of all, they get to play as their true selves – some for the first time ever – because Pokemon GO features gender-fluid avatars. While previous versions of the game required users to choose either a male or female avatar, according to the Independent, when the new games offers its choice between two stereotypically male- and female-presenting avatars, it asks the user to "choose your style" before offering further customizations.

While players who identify with a binary gender may not even notice the small change, it's a big deal for those who don't. A recent Change.org petition asked Nintendo to create an "Other" gender option in Pokemon GO prior to its release. "People identify with many more genders than this binary question suggests," the petition's creator, A.C. Marheine explained. "Some are genderfluid, switching between genders, non-binary, identifying as a third gender, or agender, identifying with no gender at all." The petition also points out that Pokemon themselves come in three genders (male, female, and genderless).

This news comes just weeks after The Sims 4 rolled out a big change of its own regarding gender. While players unfortunately still need to choose either male or female when building a Sims character, they can now be customized with "any type of physique, walk style, and tone of voice you choose," according to a recent press release. Hair, clothing, and accessories that were previously only available to male or female Sims are now unlocked, totaling over 700 items. The release stated that Electronic Arts wants to "make sure players can create characters they can identify with or relate to."

And it is important for gamers to relate to their avatars. A recent study by the Department of Computer Science at the University of Saskatchewan studied the effects of avatar customization on 126 players and found that identification with an avatar (whether that avatar embodied the players' actual characteristics or just aspirational ones) led to "increased experienced autonomy, immersion, invested effort, enjoyment, and positive affect." In short, people prefer to be themselves, which is really not shocking. For gender non-binary kids and teens who might not feel safe coming out to their families, playing Pokemon GO could be the first chance they've ever gotten to be themselves, and that's a huge deal.