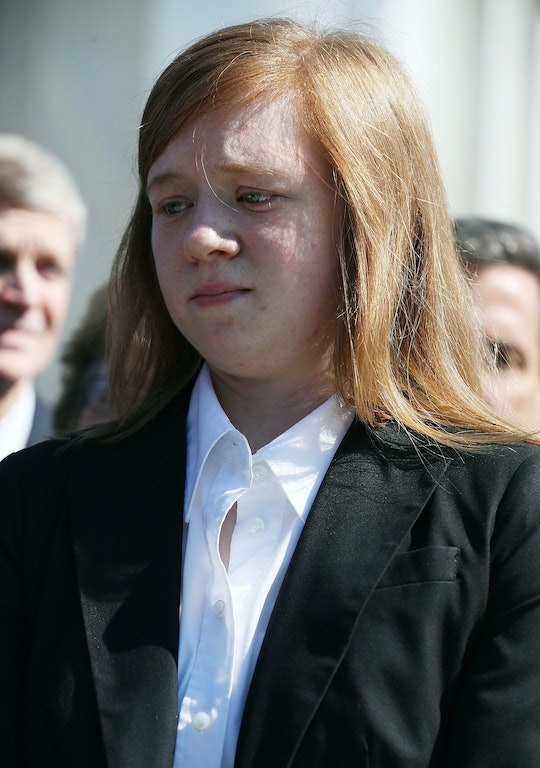 Why Reverse Racism Isn't A Thing, Despite What Some Might Try To Argue

It’s no lie that racial discrimination against minorities is a serious problem and still present in modern day society in the United States. But a recently published report has found that Americans can’t agree about how they feel about it — and many of them are evenly divided on whether the idea of “reverse racism,” or discrimination against white people, actually exists. The thing is, though, reverse racism actually isn't a thing in the United States. The term “racism” gets thrown around far too easily and often gets confused with the aspects of racism. Of course, people of any race can be prejudiced towards white people and white people are capable of the same. But, racism is much more complex than that.

A recent Supreme Court ruling has sparked the reverse racism discussion yet again when Abigail Fisher, a University of Texas applicant, claimed she wasn’t accepted because she’s white. The eventual ruling was handed down in favor of the university’s affirmative action admission race-conscious policy, which in turn brought up the argument that people of color are "stealing" jobs or admissions into universities from white people, who might otherwise be awarded those things first.

In Fisher's case, this is absolutely false, given that her initial class standing barred her from automatic admission in the first place. But it's often not the case in general, and claiming that reverse racism exists at all can be detrimental to any progressive discussion.

Questions like "Why isn't there a White History Month?" or "Why are there Black Student Unions and not for white students?" often get flung around when reverse racism is brought up. Then, a long history of privilege and a legacy of racism in the United States counters that argument.

Voices and culture writer for the Huffington Post Zeba Blay outlined how the reality of racism in American societies works, in an August 2015 column:

At its core, racism is a system in which a dominant race benefits off the oppression of others — whether they want to or not. We don’t live in a society where every racial group has equal power, status, and opportunity. Yes, white people all over the world and throughout history have experienced atrocities like slavery and persecution. But in the very specific context of American history, white people have not been enslaved, colonized, or forced to segregate on the scale that black people have. They do not face housing or job discrimination, police brutality, poverty, or incarceration at the level that black people do. This is not to say that they do not experience things like poverty and police brutality at all. But again, not on the same scale — not even close. That is the reality of racism.

In general, white people do not experience systemic discrimination when trying to find a job, adequate health care, an apartment or house, or even fair and equal treatment in the justice system nearly as often or as intensely as people of color. That's the history of racism.

Racism and prejudice are often confused and are used interchangeable, but they are not the same. Stereotypes — blondes are dumb, Americans are fat and lazy, Asians are good at math, Muslims are terrorists, English have bad teeth, etc — can instill prejudicial ideas, but the truth is these stereotypes or prejudices affect white people much differently than minorities.

The Court’s decision against Fisher’s claims upheld the value of diversity in a university, but the unsettling reactions and claims of “reverse racism” are a sad reminder that the state of race issues in the United States is appalling.

Until history erases itself or enough time passes and progress happens, we will not live in a world where all races will have the same amount of power and privilege and reverse racism will continue to remain nonexistent.