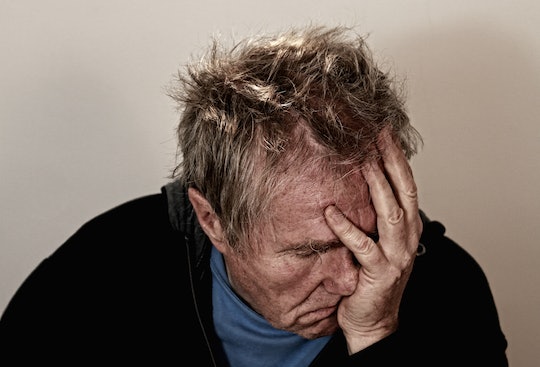 Why The Overprotective Dad Trope Is So Over

I know this may come as a shock to you, but the overprotective dad trope society loves so much is over. Honestly. It's had a good life: I can remember the first time I brought a boy home to meet my parents and how much I feared it. I was only 17, had just graduated high school, and finally had the confidence to bring someone home to my overprotective father. It was a bad decision. "What do you mean he drives a car with a Boston Red Sox bumper sticker? You want to date this guy?" my dad, a die hard New York Yankees fan, had asked me. "Where did you meet him again?"

While I knew my dad had good intentions, I felt suffocated and embarrassed. Most importantly, I felt like I didn't have a voice into what kind of decisions I made for myself — why did my dad have to "protect" me from a boy who I met at a high school debate tournament? Why did he feel the need to have the last word on my well-thought over decision?

Yes, the over protective dad trope is honestly tiring and a little old. In movies, we're constantly surrounded by images of overprotective dads, even from a young age. Think about Marlin, the father in Finding Nemo, or King Triton in The Little Mermaid. Both fathers tried to protect their children from harm's way, trying their hardest to not let them go out and explore the world for themselves and yet both children still made their own decisions.

A quick Google Image search for "overprotective dad" pulls up dozens of pictures of memes, older men with guns posing next to their daughter and her prom date, or pictures of t-shirts that say "Danger: Over-Protective Father" and "Sorry Boys, Can't Date Until I'm 30." But while these shirts may be funny to some, they send a message that teens and daughters are someone's property and they can't freely make decisions for themselves.

A girl has agency over her own body and decisions in her life. While those decisions may be heavily influenced by the rules of her parents, she is still allowed, ultimately, to make her own decisions and like whomever she wants, regardless of whether or not it will make her father happy.

It reinforces a double standard, too. TV chef Gordon Ramsay has joked about paying his son to spy on his daughter's relationships and social media activity, but it is unheard of for a father to pay his daughter to spy on his son. It reinforces stereotypes that girls are sad little porcelain creatures that must be protected, while boys are predators with bad intentions, looking to "ruin" daddy's little girl.

Why can't fathers teach girls about making smart decisions for themselves, while simultaneously teaching them about the dangers of abuse or manipulation? Why remove relationships from the equation of keep them insulated? Why must we rely on the father to do the protecting but not teach the child to make responsible decisions for themselves?

According to one Huffington Post writer, the way we raise young children could contribute to college rape culture. When we deny the support of their sexual development in order to protect children from harm's way, they develop a sense of shame around their sexuality. Because of this, overprotective dads inadvertently reinforce slut shaming through old fashioned ideals of policing what their daughters wear and assuming they'll be judged for their appearances — or worse, held responsible for their own rape.

So maybe the dads need to lay off a bit. After all, by going against her father's word Ariel was able to fall in love and Nemo was able to see some of the world, make a few new friends, and give his dad room to grow too. My father, on the other hand, is still learning. He might be a little skeptical now and again still, and he means well — but in order to really let go of traditional "overprotective dad"-isms, he might need to accept a rival baseball fan into our household every once in a while.