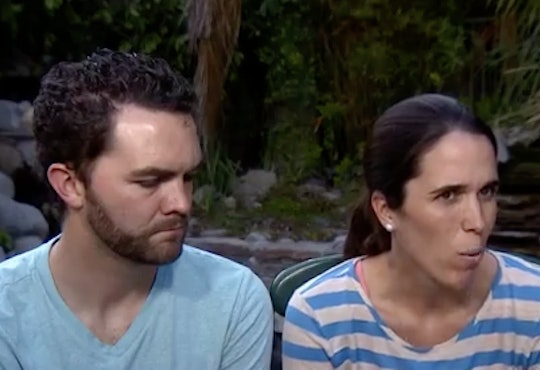 Why The "Save Lexi" Campaign Is Devastating For Me, A Foster Mom

I watched the whole thing with my hand clamped over my mouth, the computer screen blurring in and out of focus through my tears. I was watching a video hundreds of thousands of others have watched since it first aired on Monday. The video of 6-year-old Lexi being taken from her foster family’s home in Santa Clarita, California. The video is a heartbreaking reminder for me that the trauma endured by foster children can become so much worse when we don’t take care in how we allow such transitions to occur.

The video showed Lexi being moved from California back to live with her extended family in Utah. She’d lived with her foster parents, Rusty and Summer Page, since she was a toddler. For those unfamiliar with the story, the Pages have been Lexi’s foster parents for four years. According to a 2014 report published in Indian Country Today, Lexi’s biological mother disappeared shortly after her birth in 2009. When she was just 1 year old, her biological father was arrested for grand theft auto. Because Lexi is considered a Choctaw child under the Indian Child Welfare Act (her dad is a member of the Choctaw Nation), the tribe agreed to place Lexi in a non-Indian foster home as a means, according to published in-court documents obtained by CNN, “to facilitate efforts to reunify the girl with her father.”

The Pages’ pain over losing Lexi is raw and heart-wrenching. It’s a pain for which I am empathetic, because it’s a pain I’ve also experienced. Just two weeks ago, I said a final goodbye to my own foster son, a 4-year-old boy I cared for over the past year. A boy I love as if he were my own son.

As I watched the video, I cried not for the Pages’ loss. I cried not for the grief their three other biological children are experiencing. I cried not for Rusty’s sober refrain, "As a matter of simple human decency we implore the county not to prematurely take Lexi from her home,” as cameras gathered around him. I cried for the fact that this moment — quite possibly the scariest moment of Lexi’s young life — was being filmed. Her name and her image and her pain — all of it, filmed.

I cried because every second of her fear — that long walk from the front door of the only home she’d ever really known to the car of the stranger who was driving her away — was broadcast for a live audience. I cried at the way the (likely well-meaning) demonstrators screamed things like, “They want you, Lexi! They fought for you! The Pages love you! It’s the county that’s doing this!” I cried at the way a man pounded on her car window, sobbing and bellowing his love for her.

An abrupt move of this kind can be unbelievably scary for kids, and rather than being surrounded by as much calm and reassurance as possible, Lexi was surrounded by cameras and strangers and voices shrieking at her.

My husband, Mike, and I chose to become foster parents so that we could ultimately add to our family through adoption. But we also went in knowing that most cases end in the child’s reunification with either biological parents or other extended family. When we accepted our foster son into our home, we accepted the responsibility of supporting a goal of reunification while also acknowledging our willingness to adopt should his case ever reach that point.

On the day we said goodbye to our foster son, I looked him directly in his wide, scared eyes and told him that love lives in your heart, and that means that he can always carry our love with him wherever he goes.

In our case, we had 24 hours from the moment the judge’s gavel smacked against the wood to the moment we slammed shut the trunk of my car, which was full of my foster son’s belongings. One day to pack and prepare him and our biological son for the changes ahead. We had known for months that such a move was likely, but we thought we’d get a little more time once the final decision had been made to help ease his transition to his new home. But every case and every judge is different, and this was the hand we were dealt. So we simply did our best.

On the day we said goodbye to our foster son, I looked him directly in his wide, scared eyes and told him that love lives in your heart, and that means that he can always carry our love with him wherever he goes. I told him how I’d heard his relatives had a lot of land at their home, a huge, open space for him to roam and play. Mike told him whenever he felt scared or missed us at night, to look up at the stars and know that we were looking up at those same stars and loving him and missing him right back.

On that day, Mike shook the hand of our foster son’s biological father, a man who thanked us in those final moments for caring for his child when he couldn’t. On that day, I explained to the relative who will raise my foster son that I tucked a letter in his preschool backpack with any information I thought might help her in those first few days and weeks — lists of his favorite foods, his regular nap time, and how to administer a newly prescribed medication.

I am not sure I agree with the court’s decision in my foster son’s case, the details of which I am legally obligated to keep private. But when I became a foster parent, I agreed to support the court’s decision whether I personally agreed or not. I pledged to do everything I possibly could on my end to ease my foster son’s transition, to ease his fear. And it would be unfair for me to speculate on the court’s decision in Lexi’s case, as well. The details of such cases are complicated. Deciding what is in a child’s long-term “best interests” is so incredibly difficult and subjective. But what I do believe deeply is this: The scene outside Lexi’s home on Monday made this experience all the more traumatic for her. An abrupt move of this kind can be unbelievably scary for kids, and rather than being surrounded by as much calm and reassurance as possible, Lexi was surrounded by cameras and strangers and voices shrieking at her.

As foster parents, we have an inside look into the ways our foster care system is damaged. Because of that, we should advocate for positive change. But there are ways to advocate and fight for a better process without inviting or allowing for a child’s pain and fear to be publicized.

I hope Lexi — and my foster son — will take the love they received in their foster homes with them forever. No matter the outcome, I hope the bonds they built with us will make it all the more possible and likely that they can and will bond with the extended family members who will raise them after us.

Mostly, I hope they will both find a way to heal.

More Like This
Dr. Jill Biden Just Delivered Some Frank, But Powerful, Advice On Motherhood
Reddit Applauds Mom Of Five Who Stood Her Ground & Left Sleeping Dad Behind
24 Amazing Harry Potter Costumes For Fans Of All Ages
12 Helpful Tips For Hiking With Kids