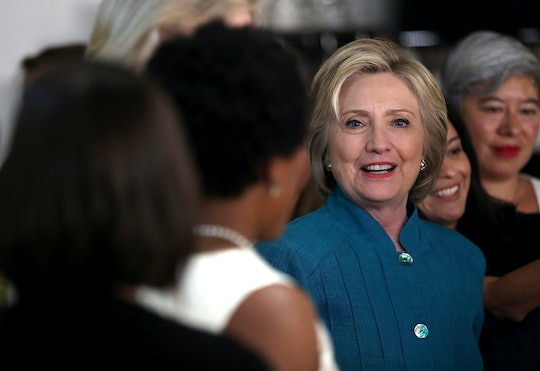 Why The Virgin Island Caucuses Should Still Matter To Everyone

"Here's the news that none of you were waiting for," FiveThirtyEight's Nate Silver tweeted on Saturday night, to announce that Hillary Clinton had won the Virgin Islands Democratic Caucus. He was echoing an attitude a lot of people have had about this particular caucus—Who cares? Sure, the seven delegates at stake on Saturday pale in comparison to the 546 up for grabs in the upcoming California primary. But the Virgin Island Caucuses should matter to everyone, because they're pretty much the only time those residents get to have their voices heard in politics.

Although the residents of the Virgin Islands are citizens of the United States, they do not get to vote in the general presidential election. It's an unfair restriction also experienced by other United States island territories like Guam and Puerto Rico, and rooted in the archaic rules of the Electoral College. According to those rules, only states are allowed to participate in the general (although the 23rd amendment to the Constitution did open it up to the District of Columbia as well). And as if that wasn't bad enough, these territories are also denied any sort of vote in Congress. They get a delegate to the House of Representatives, and that delegate does not have voting privileges. So even though residents of these territories can fight and die in the United States army, and are subject to laws like everyone else on the mainland, they have pretty much zero say about who gets to make those laws.

To say that no one cares about the primary in the Virgin Islands is to denigrate the only chance a group of United States citizens have to exercise a right that most of the rest of us take for granted. And it's not like it's a small group of citizens. More than 4 million people live in the territories. Compare that to the population of, say, Wyoming, which has far fewer people with far more rights.

The disenfranchisement of such a large swath of the population smacks of racism. Brilliant comedian superhero John Oliver did a segment on the territories for Last Week Tonight where he pointed out that more than 98% of residents are racial minorities. Now imagine that the vast majority of residents in the territories were white. Yeah, Guam would probably have voting rights in the blink of an eye. (In the segment, Oliver also points out that Guam holds a straw poll every presidential election where residents vote, even though the votes don't count. Turnout is higher there than in the rest of America, just in case you thought that maybe people in the territories didn't actually care about having the vote.)

So let's all give the Virgin Island caucus results their due. And then let's start changing the system that limits them.