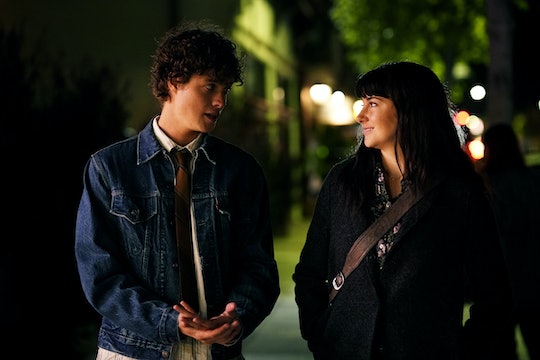 The episode ended abruptly, resulting in some serious confusion amongst viewers on Twitter. One minute Bonnie was on a mission to go to the police, and the next her attention was drawn to a familiar figure exiting the station. It wasn't immediately clear that it was Corey, but his identity was soon confirmed. It's his motives that remain hazy, and there probably won't be any clarification until the next episode airs.

In the real world, there would be plenty of innocent explanations for Corey to be at the police station. Maybe his bike got stolen. Perhaps his home was broken into. But the show wouldn't focus so heavily on a pointless reveal like that in the final few minutes of the episode. This is Big Little Lies, which means Corey's reason for being there is very likely connected to the crime at the heart of the show. And that would mean something very heartbreaking for Jane.

Twitter user @Lena_Abara immediately put forth one theory: Corey is an undercover cop investigating the Monterey Five. That would explain why he came on so strong with Jane, and wanted to meet Ziggy so quickly. He managed to get close to Jane and earn her trust in a short period of time. If he was a cop, it would make sense that he'd be trying to get to know Jane so he could possibly get a confession from her about what happened to Perry. But if he's been playing her this entire time, it would be an incredibly brutal twist.

Jane is still working through the trauma of her rape, and Corey is one of the few people she's trusted enough to share that with. Up until now, he's seemed like a pretty good guy; a little weird, sure, but he's been respectful of her boundaries and understanding of what she's going through. If Corey was actually lying about everything, it would be a major emotional blow to Jane. After everything she's been through, that's the last thing she needs.

But it's a compelling theory even though it would be painful to watch. If Corey wasn't a cop, then he might still be an informant. It's possible that he learned some pertinent information from Jane about Perry that he decided to pass on to the police because he thought it was the right thing to do. Neither option is great, though. Corey could be a cop or a snitch, but either way he'd be betraying Jane's trust.

Since I have no interest in watching Jane be emotionally devastated yet again, I'm going to hold out hope for that stolen bike.