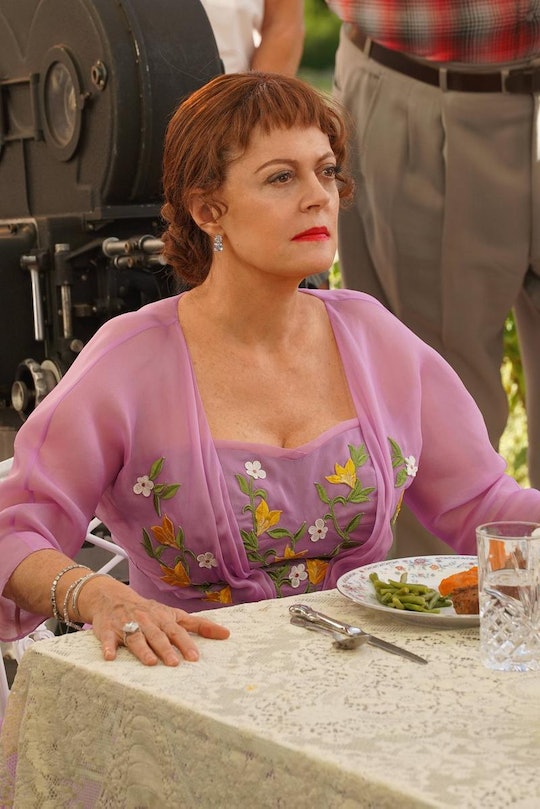 'Sweet Charlotte' Went Through A Name Change For A Reason

The first season of Feud centers around the rivalry between Bette Davis and Joan Crawford on the set of their 1962 horror-thriller What Ever Happened to Baby Jane?, but the legendary dislike between the two didn't begin or end there. As introduced on the recent episode "Hagsploitation," director Robert Aldrich intended to reunite the two for a new movie, What Ever Happened to Cousin Charlotte? However, the movie ended up being released (sans Crawford) as Hush... Hush, Sweet Charlotte instead, leading viewers to wonder: Why was the title of Hush... Hush, Sweet Charlotte changed?

Baby Jane marked the first (and ultimately only) time the two women deemed "box office poison" worked together on a film, but it wasn't meant to be the last. As the hit FX show has addressed, animosity mounted for years beforehand, arguably starting back in the '30s when Crawford "stole" Franchot Tone, the man Davis was once in love with. The tension reached its peak the first time the two worked together, on Baby Jane, but continued beyond the infamous Oscars incident (depicted on the show), when Crawford campaigned against Davis and eventually accepted Anne Bancroft's Best Actress Oscar on her behalf to stick it to her rival.

Despite the fact that the two openly detested one another and would never pass up an opportunity to make a snide comment about the other, they wound up begrudgingly agreeing to work together once again when Baby Jane director Robert Aldrich approached the two about reuniting for a new film. With no worthwhile projects or offers in the works post-Baby Jane, Davis and Crawford signed on to work on Aldrich's new movie, which he pitched to them as What Ever Happened to Cousin Charlotte?

A whole mess of drama went on behind the scenes (which promos indicate will be touched upon in the upcoming episode), culminating in Crawford leaving the film entirely and being replaced by Davis' friend Olivia de Havilland — if the show sticks to how things played out in real life. That change alone made it less of a Baby Jane follow-up and more of a similarly-themed installment in the "psycho-biddy" (or "hagsploitation," as Jack Warner put it) genre. But before production had even begun, Davis was already trying to make clear that the movie wasn't a Baby Jane sequel — and was hesitant to work with Crawford once again.

According to TCM, Aldrich believed that keeping the title What Ever Happened to Cousin Charlotte? would guarantee the film's success, given that it was near-identical to Baby Jane's title. Davis, reportedly, didn't want to falsely advertise the new film as a follow-up and convinced Aldrich to re-title the film. Instead, she allegedly suggested using the title of the song "Hush, Hush, Sweet Charlotte," which was written for (and featured in) the movie.

While Davis and Crawford were last seen on Feud talking about presenting a "unified front" throughout the production of the movie, history indicates that that's not what happened at all. From the title to its stars, Hush... Hush, Sweet Charlotte ended up a very different film from the one initially conceived.