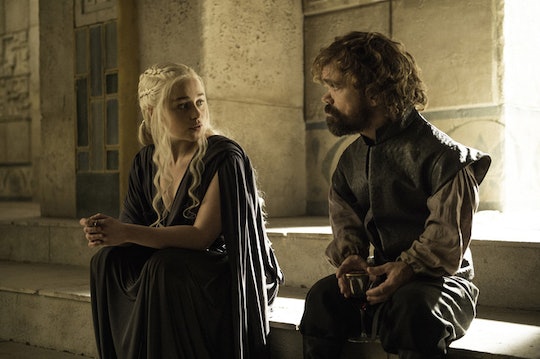 Why Wasn't Emilia Clarke Nominated For A 2017 Golden Globe? She Deserved Some Love

After Game of Thrones' epic sixth season, fans and critics alike believed the show would walk away with multiple Golden Globes nominations, but unfortunately that was not the case. So why wasn't Emilia Clarke nominated for a 2017 Golden Globe? Sadly, there was a lot of great competition in the Best Supporting TV Actress category this year, including Clarke's own costar, Lena Heady, who walked away with a nomination.

Clarke's work as Daenerys on Season 6 was absolutely phenomenal. In fact, this season was a big turning point for her character. The sixth season had surpassed the books by George R.R. Martin, so no one knew what would happen next. The season began with Daenerys being separated from the rest of her inner circle after Drogon carried her away to safety. It was then that she was taken prisoner by the Dorthraki. In her absence, Tyrion attempted to keep a handle on the ongoing political issues in Meereen.

As a widow of a Khal, Daenerys was forced to join the Temple of the Dosh Khaleen with the other widowed khaleesis. Because Daenerys didn't immediately go to the temple after Khal Drogo's death she had violated Dothraki law and her fate was supposed to be decided by the khals. In typical Daenerys fashion, she was neither intimidated by this nor worried about her fate because she had a plan.

When Jorah and Daario showed up with a rescue plan of their own, she informed them she already knew what to do and went to work putting it in place. Daenerys faced off with the khals and told them none of them were fit to lead the Dothraki and that she would be the one to lead them instead. Then she set their whole tent on fire, killing all the khals in one fell swoop and walked out of the fire unharmed as she'd done at the end of the very first season.

After that, Daenerys returned to Meereen, the Dorthraki marching alongside her, and took back the city from the masters who tried to enslave it once again. She then made Tyrion her Hand to the Queen and they set off for King's Landing to take the Iron Throne.

Looking back at Clarke's work on this past season, it definitely feels like a snub that she wasn't nominated. That being said, I'm glad Heady did get the nomination; she definitely deserved it as well.