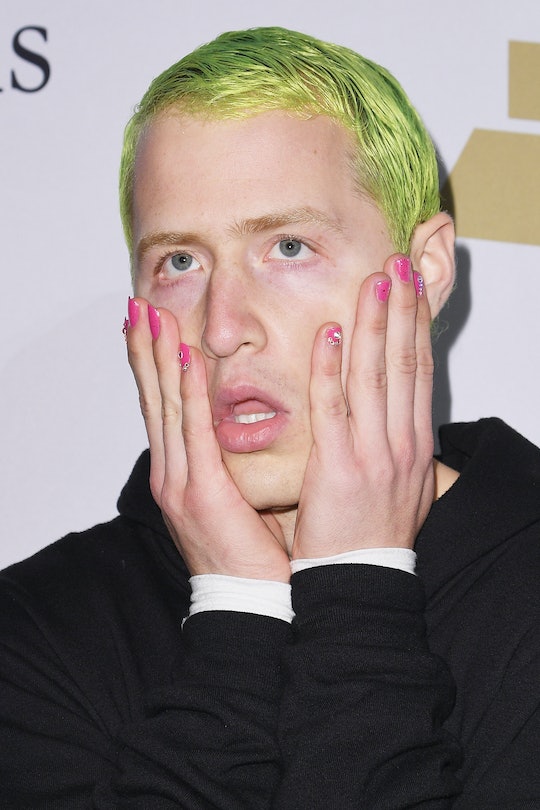 Rancic boldly continued on with the interview, while Posner answered her in monosyllables from behind his hand, looking awkwardly at the ground, staring at something fascinating. Or something like that. It was honestly just a bit strange to watch. There were of course several theories as to why Posner was having difficulty acting like an adult human on the red carpet, some more likely than others. Yes, it is possible that he was simply under the influence of some sort of substance that was causing him to act a little squirrelly. Personally, I'm inclined to believe that there was something on the carpet that had captured his attention. A small animal perhaps? A bug? A mythical creature invisible to everyone who's not a pop star? I couldn't say for sure, obviously, but there has to be some reason Posner was avoiding eye contact like a high school student about to be caught for ditching class.

Twitter was extremely confused, with people wondering why he seemed a little, ahem, out of it.

Full disclosure, I went to high school with Posner. But I don't remember ever seeing or speaking to him then, so I really have no insight to share. I wish I could tell you whether or not he's always like this, but sadly, I know no more than you do.

Posner first rose to fame in 2010 with his hit song "Cooler Than Me," and a few subsequent jams that were not quite as popular, but still did well. Posner then kind of disappeared for a few years, and I was almost sure that his career was over and that was the closest I would get to almost knowing someone who was once famous (I like to keep my dreams realistic). Then he re-emerged with "I Took A Pill in Ibiza," which launched him right back to where he was when I would awkwardly humblebrag that I used to pass him in the hallways at high school probably.

Though he's back on top career-wise, I'm not so sure he's all there right now, if that interview is anything to go on. Mike? Are you OK, buddy?