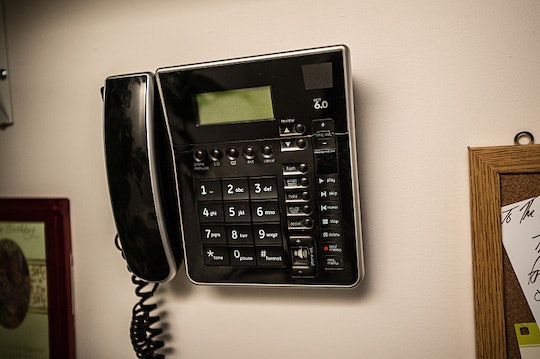 Why Wasn’t The 911 Operator Called To Testify In The JonBenet Ramsey Case?

CBS' new documentary, The Case Of: JonBenét Ramsey, kicked off Sunday night, and brought viewers more fresh questions than it answered with its premiere. Early on in the show, viewers learned that the 911 operator in the JonBenét Ramsey case wasn't called in to testify, despite the police's investigation into JonBenét's mother, Patsy, who placed the 911 call. But how did that affect the case in the long run?

Kimberly Archuleta was the 911 operator who answered Patsy's call on the morning of Dec. 26, 1996, and she still isn't sure why she wasn't asked to testify during the investigation. "I wanted that case solved," she told investigators in The Case Of: JonBénet Ramsey. "I wanted someone to come talk to me, someone to get my testimony. When they did the Grand Jury, nobody talked to me."

In the 911 call, the audio recording of which is now available online, Patsy sounded out of breath and panicked as she begged Archuleta to send officers to the house. After a few final words, Patsy hung up — but some people, including Archuleta, say that the phone call didn't actually disconnect.

"The frantic [sound] in her voice… it immediately stopped," Archuleta said in the CBS docu-series. "What bothered me immensely, it sounded like she said, ‘Okay, we’ve called the police, now what?’”

"It sounded like there were two voices in the room, maybe three. I had a bad feeling about this," Archuleta continued. "[My feelings about it] have not changed."

In the CBS special docu-series, Archuleta said an investigator came to her home to explain that there was a gag order on until the court case — but that no one ever spoke to her again regarding JonBenét's case.

To this day, however, Archuleta remains convinced of what she allegedly heard. "That’s one of the reasons I stayed on until it disconnected," Archuleta said in the CBS special. "Because there were things being said that somebody needed to know. It was never addressed. I think it would have really turned the case around."

Whatever happened at the end of Archuleta and Patsy's call still remains highly debated, although both the Federal Bureau of Investigation and the Secret Service said they couldn't hear a conversation at the end of the recorded 911 call, according to NBC. The Ramsey family was also publicly exonerated in 2008, thanks to DNA evidence.

In the family's defense, Ramsey attorney L. Lin Wood, in a statement to Romper, reiterated that neither Patsy nor John Ramsey were involved in anything nefarious the night of their daughter's tragic death, saying,

Whether Archuleta's comments help investigators figure out what happened to JonBenét all those years ago remains to be seen — but it definitely adds another confusing layer to an already-complex case.