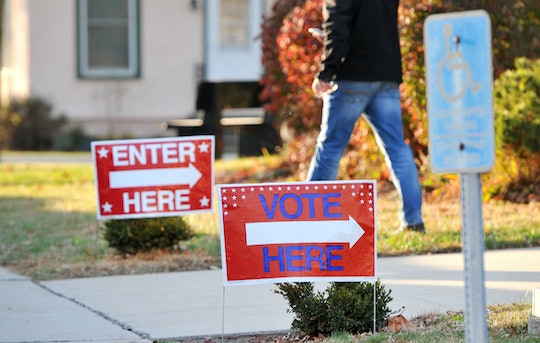 Why Were The Predictions So Off? Various Demographics Of Voters Weren't Properly Assessed

Nowhere near clear-cut, 2016's presidential election revealed close numbers in the hours after polls closed. Though the weeks leading up to the big night showed Democratic nominee Hillary Clinton leading, even in battleground states, the actual numbers showed that GOP nominee Donald Trump pulled through with an early lead. Why, then, were the predictions so off? Exit polls were obviously flawed, with NPR speculating that the "white college/non-college split," Hispanic voters, evangelical voters, and the gender gap may have been the biggest demographics of foresight.

The aforementioned gap between college educated and non-college educated whites could be "the biggest divide between [the groups] in at least six elections," thus complicating and possibly thwarting exit polls, NPR asserts. In a similar divide, Hispanic voters as well as female voters have appeared to vote in a drastically bi-partisan nature. Interestingly, evangelical voters, who may have been expected to pull their support from Trump in wake of his plentiful sexual assault allegations, might have actually stuck by his side.

Trump's performance — however controversial — helped rather than hindered him. The New York Times speculates that Trump's "bombastic style appeared to be winning support among white, working-class and rural voters across the country," bolstering his tenuous leads in battleground states. These slight advantages seem to be making all the difference.

Clinton's predicted victory could still hold steadfast, however. Qriously, the start-up that predicted Brexit ("the only research firm that correctly predicted [it]," notes USA Today), polled voters in battleground states and ultimately concluded that their data "would make the close races of Pennsylvania, Colorado and North Carolina flip for Clinton." By and large, the group was "quite confident in predicting a Clinton victory."

"They will soon be calling me MR. BREXIT!" Trump exclaimed on Twitter this past August. Though at the time it was easily written-off as another one of his erratic outbursts, it makes some sense in our current context, as the decision to Brexit was a surprising one that defied expectation. On the other hand, the parallel could indicate the unexpected level of disbelief in actually passing such a drastic measure — or electing such a polarizing president — with voters not realizing the magnitude of their actions until it was too late.

Final election results aside, this inaccuracy in presidential prediction indicates that our nation desperately needs more exact methods of polling. The unprecedented discrepancies between predicted and actual have added more stress to an election which couldn't possibly get more stressful — or so it seemed.