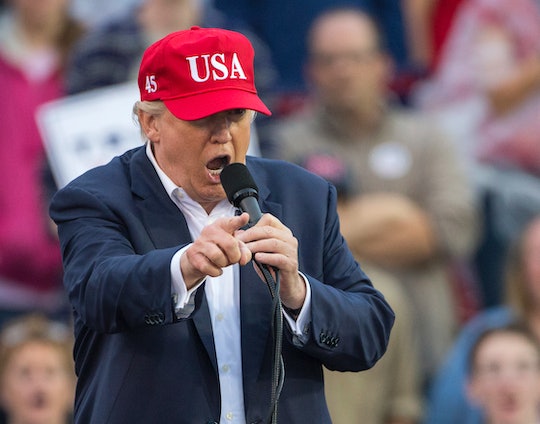 Nearly every facet of the upcoming Trump presidency promises to be completely unprecedented, and his communications certainly qualify as such. While presidents and presidents-elect of the past have traditionally held press conferences, Trump instead chooses to share his thoughts almost exclusively via Twitter. But writing and talking about Trump’s tweets throughout his presidency would only undermine the integrity of the office, and reinforce that it's a legitimate form of communication between an elected official and the public. It's not. Twitter is a bullhorn, and the office of the president owes the public better than that.

Trump's incoming press secretary Sean Spicer reportedly finds his boss' use of Twitter "exciting," according to The Hill; he recently told Rhode Island's WPRI that social media was a "direct pipeline to the American people, where he can talk back and forth." The problem is, he doesn't. When Trump tweets instead of holding a formal press conference – which he hasn't done in an unheard-of five months and counting – he doesn't have to answer any questions. He's already proven himself adept at avoiding hard questions even when face to face with journalists, but when he sidesteps them entirely, he has complete control of the conversation. One wonders if Spicer will even hold customary briefings in his role as press secretary, or whether he'll take a page from Trump's book and keep the media in the dark.

Not only does focusing on Trump's tweeting legitimize his behavior, it distracts from more important matters – namely, his job. It's long been theorized that Trump may use provocative tweets to distract the public from serious news, but whether or not it's intentional, that's the undeniable effect it has. The average American would likely have no trouble naming the target of Trump's latest celebrity feud – Alec Baldwin, for his portrayal of Trump on Saturday Night Live – but how many know who he's appointed to head the Environmental Protection Agency? That would be Oklahoma Attorney General Scott Pruitt, noted climate change denier and vocal opponent of the agency he'll soon be running.

Indeed, Trump's made a number of disturbing appointments to his cabinet, choosing people who threaten to dismantle the government from the inside. Already, there's talk of witch hunts within the State Department and concern that irreplaceable data could be destroyed if Trump doesn't like it. It's time for the media to start treating Trump like a tantruming toddler by ignoring his tweets, and conversely rewarding his "good behavior" by showering him with attention when he actually does his job. Only then will we train him to be a well-behaved president who will get us through the next four years.