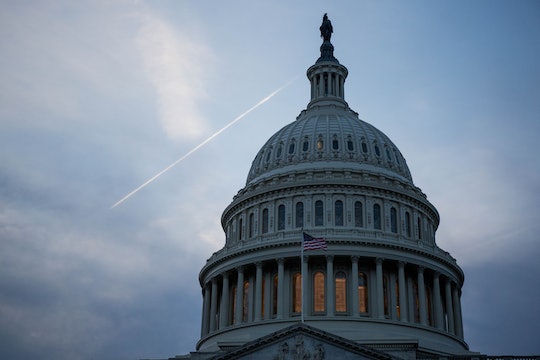 Why You Should Call Your Congressional Representative Throughout A Trump Presidency

Are you one of just over half of the American electorate who didn't vote for President-elect Donald Trump? Have you been feeling down in the dumps about what a Trump administration will mean for the issues you care about? That's exactly why you should call your Congressional representative throughout a Trump Presidency. Trump won the election. That's just the way democracy works. But you can make sure your Congressman or woman is doing their part to protect your interests.

I get it. Making phone calls is the worst. But according to advice from Emily Ellsworth, a writer in Salt Lake City Utah who worked as a Congressional staffer for six years, good old phone calls are the best way to get your representative's attention.

"Like a lot of people, I've been reeling from the election," Ellsworth, a registered Republican who worked for Utah Reps. Chris Stewart and Jason Chaffetz, told CNN. "So I thought people might like to know how you mobilize and activate individual communities to reach each member of Congress. I just thought I have this knowledge and I did this for six years and it's probably important for people to know what those specific actions are."

So whether you're concerned about Trump's post-election renewed promise to begin deporting between 2 and 3-million undocumented immigrants immediately upon taking office, or his dismissal of man-made climate change as a Chinese hoax, your best bet for holding a Trump administration accountable is holding your representatives accountable.

The U.S. House of Representatives has a tool that will let you search for your Representative by zip code. From there you can find both mail and phone contact information.

With the Republicans in control of the White House and Congress there will be little checks on an agenda. According to The Week, the areas Trump and Congress will be likely to take up early in his administration include rolling back abortion rights for women, repealing the Affordable Care Act (or at least changing portions of it), stripping financial regulations on Wall Street, including Dodd-Frank, tax cuts, immigration, labor laws, the environment, guns, and civil rights, and that's likely to be just a warm up.

So if any of those are important issues for you and your family, get your Congressional representative's contact information saved in your phone and make it your business to give them a call to let them know how they're doing. It might not be much, but it's going to be just about the only way average citizens can push back before the next midterm elections.