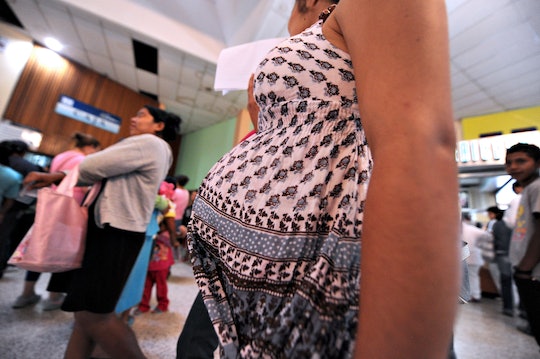 Why You Should Care About Pregnant Women With Zika Virus, Even If You're Not At Risk

Zika virus cases have been exploding across the Americas, creeping across the globe with the potential to infect millions before anything can be done about it. The virus has become a top public-health concern in Central and South America, but the mosquito-borne illness hasn’t spread to the United States (outside of a few sexually transmitted cases) — yet. This epidemic is not just a problem for tropical travelers and residents of countries like Brazil, Mexico, and El Salvador. According to the World Health Organization, “The Zika virus will continue to spread and will likely reach” everywhere the Aedes mosquitos, that carry the virus, are found. That means infected mosquitos will most likely show up in the United States this Summer. In February, the WHO classified Zika as a global emergency of international concern. Zika is no longer a problem that Americans can avoid. We are at a critical point in the epidemic: If we choose to ignore outbreaks in other countries, we are putting ourselves at risk. That's exactly why we should care about pregnant women with Zika.

It’s hard to believe that although scientists have known about Zika for decades, they never developed a vaccine because they assumed the virus was benign and not worth the resources. It was only after this unprecedented outbreak that doctors began to notice the links between Zika virus and neurological issues.

The most dangerous part of the massive Zika virus outbreak is the infection’s serious impact on fetuses. It can cause miscarriages and health agencies have confirmed that Zika infection during pregnancy can cause microcephaly in babies. Infants with this congenital abnormality typically have smaller, underdeveloped brains and heads at birth. If the child survives microcephaly (many do not live long), they can face a variety of impairments like intellectual and cognitive disability, vision problems, developmental delays, and seizures.

Doctors monitoring Zika-associated births in Central America say the brain scans of babies born to mothers infected with Zika during pregnancy can be “very scary to look at.”

Nikos Vasilakis, a virologist at the University of Texas on assignment in El Salvador, told Science the swell of microcephaly cases “would break anyone’s heart.”

Both complications from contracting Zika while pregnant are tragic. Miscarrying a baby is incredibly traumatic as is giving birth to an infant with developmental problems. Mothers in Latin America who have given birth to babies with microcephaly can find the caregiving overwhelming. “I have witnessed expressions of love but also rejections of babies,” said Vasilakis.

There is no accounting for how much support children born with microcephaly will need, but with serious developmental disabilities, they will likely require a lot of it, sometimes for the rest of their lives. “They are not going to be functional,” Almeida said of the babies he has examined. “They’ll need care for the rest of their lives.” Time estimates that babies born with microcephaly can cost parents up to $2 million during the first few years of life — though many don’t live that long.

Dr. Richard Beigi, chief medical officer at Magee-Womens Hospital of the University of Pittsburgh Medical Center, says the risk of birth defects can force pregnant women infected with Zika to make serious decisions about their pregnancy. “The question of ‘Should I consider an abortion because of the potential effects on a baby from a variety of exposures’ is not new, but I think this [Zika] outbreak is re-raising it,” Beigi told Time.

Bottom line is the longer this Zika outbreak lasts, the more lives are at risk; More babies will be born with defects, and more women will lose children.

Even if you are not pregnant, you should care about the Zika epidemic. Almost 40 million Americans travel to Zika-affected regions each year so it’s only a matter of time before the virus comes to the United States. Local transmission of the virus will probably occur when a Zika-infected tourist returns home to the United States and is bitten by a local Aedes mosquito, which can then spread the disease to others. This makes it every one’s responsibility to make it harder for the mosquitos to spread the virus.

Dr. Margaret Chan, Director-General of WHO told CNN that the dire situation the Zika outbreak is placing on global healthcare is only intensified by experts’ uncertainty. “We need to get some answers quickly," she said. "We need a coordinated international response.”

With summer bringing rising temperatures and mosquitos coming out of the woodwork, we all need to care about Zika virus and the possibility of an U.S. outbreak — for more reasons than one.