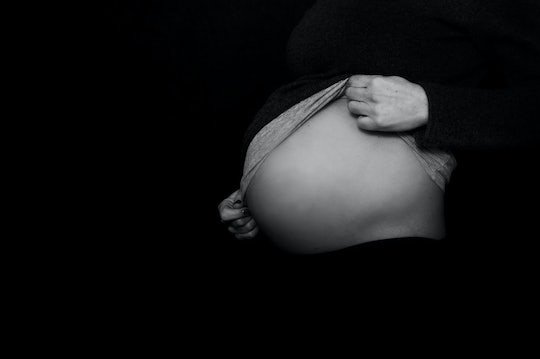 Will A Big Fight Hurt My Baby? 3 Things to Consider Before The Screaming Match Ensues

The experience of a pregnancy is unique to each mom and each couple, but everyone (OK, maybe not Beyonce and Jay-Z) feels the normal life stressors that adding a baby brings — financial, physical, and emotional. As a result, you may find that you and your partner are squabbling more than you used to. Now, every couple fights, but if your disagreements become more common or intense, you may find yourself wondering whether if a big fight can hurt a baby.

One of the first changes a couple encounters during pregnancy is the immediate, constant consideration for your unborn child. Personally, I found it completely terrifying. The first time I had a fight with my husband, I realized that our actions could affect our future child. I wondered if our raised voices, anger, and stress in the moment could harm our baby. It’s overwhelming to think about, especially when you are already upset, but a blowout with your partner (or coworker or friend) does take a toll on your baby’s well-being. After all, fighting affects you, and most everything that affects you, affects your unborn baby. From the brain to the immune system, here are the three ways your baby is affected by a big fight during pregnancy.

If possible, you want to refrain from doing anything that is going to prohibit the development of your baby’s brain, which not only affects their IQ but their ability to regulate and manage their emotions and behaviors during childhood and adulthood. That means keeping the screaming and shouting to a minimum.

The Mayo Clinic noted that periods of high anxiety can can create dramatic, though temporary, spikes in your blood pressure. Similarly, the Harvard School of Public Health released research that shows angry outbursts increase your immediate risk of heart attack. Becoming angry and lashing out only elevates those levels. So take a few deep breaths, and try to calmly talk to your partner in there’s a disagreement.

It goes without saying that a physical altercation can harm your child. The American Journal of Epidemiology reported that women who had been in a physical fight during their pregnancy had the highest risk of stillbirth. The March Of Dimes adds that physical abuse during pregnancy can cause premature birth, low birthweight, physical injuries, bleeding, and stillbirth. Even a small shove could do some damage to you and your child. If you are being abused, get help at National domestic violence hotline: (800) 799-SAFE (7233).

According to Newsweek, researchers from the University of Denver found that babies who are exposed to higher levels of stress during pregnancy have heightened anxiety and a larger alamygdala, the section of the brain associated with the human response to frightening stimuli. In addition, March of Dimes notes that high levels of pregnancy stress can suppress a child’s immune system, leaving them more likely to have illness and health problems as they grow. Of course, one stressful event won’t do damage, but a series of them will. It’s important that you find ways to stress manage stress during pregnancy and learn how to keep calm for your baby’s sake.