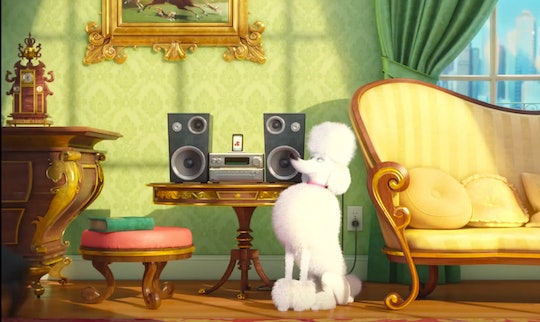 Will Adults Enjoy 'Secret Life of Pets'? The Film Tells A Story All Pet Lovers Will Enjoy

I love my dog so much — but sometimes I have to wonder what she does when I'm gone from our home. Does she bark at squirrels all day? Or does she lay on my bed and roll around on my sheets just to spite me? I'm not the only person curious about the secret life of my pet — others are too, which is subject explored in the new film, Secret Life of Pets. But since it is rated PG (and obviously geared towards kids) will adults enjoy Secret Life of Pets too?

Judging by all of the great reviews, high box office numbers, and stellar cast I'm almost positive that adults will enjoy Secret Life of Pets. I mean, who doesn't love a light hearted animated film — especially when it is about the cutest, most cuddly creatures on this planet. While the film's trailer gives just a glimpse of the secret life of pets once their owners are gone, it doesn't really explain the plot. The movie's summary is as follows:

Taking place in a Manhattan apartment building, Max's life as a favorite pet is turned upside down, when his owner brings home a sloppy mongrel named Duke. They have to put their quarrels behind, when they find out that an adorable white bunny named Snowball is building an army of abandoned pets determined to take revenge on all happy-owned pets and their owners.

I believe it would be hard for adults not to enjoy an animated film with such talented voice actors. Louis C.K., Eric Stonestreet, Kevin Hart, and Jenny Slate are among the actors who lend their voices to pets in the film. One of the stars of Secret Life of Pets, Ellie Kemper, believes that adults would enjoy the film.

"It's a very funny movie that I think adults would really enjoy as well," Kemper said on the Today Show. "It's about what happens when the pet owners go away and what antics your pets get into which is very cool."

Twitter users also seem to believe that the film is something adults would enjoy — but that is understandable. Adults are, after all, one of the reasons why Finding Dory did so well at the box office earlier this summer. According to Variety, adults accounted for 26 percent of Finding Dory's audience.

This is huge, considering the film's content and marketing was geared towards children. This means that adult audience members are not going to be picky when it comes towards films about things that interest them — even if the movie is animated.

The movie exceeded all expectations during its opening weekend, going on to make a massive $103 million within its opening days. While box office numbers don't necessarily tell adult movie goers whether or not they'll like the film, they do prove that people are going out to see it and they're not stopping. Therefore, adults have the potential to make Secret Life of Pets as big of a hit as Finding Dory was.

I truly believe that adults would love Secret Life of Pets — we are talking about the same audience that catapulted Finding Dory to success, after all. For all animal lovers and pet owners, Secret Life of Pets is a film that pertains to an interest that is sure to go over well with kids and adults alike.