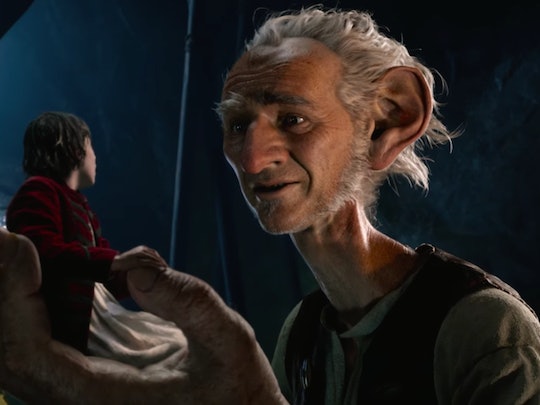 Will Adults Enjoy 'The BFG'? Fans Of The Book Will Enjoy How Faithful The Film Is

The stories of children's author Roald Dahl have been brought to the screen many times. James and the Giant Peach, Matilda, Charlie and the Chocolate Factory, and Fantastic Mr. Fox are all beloved films that started as beloved Dahl books. The latest of his stories to be made into a movie is a classic: The BFG. It's a fantastical, fanciful story that will no doubt be magical in theaters, but will adults enjoy The BGF? It's a kids story, but it's got a lot of depth to it.

Even if this is a film for children, viewers of any age will appreciate the artistry of this movie. It's clear even from the trailer that The BFG's CGI animation is incredible. That's not too surprising given that that it's directed by Steven Spielberg, who has called the film his "passion" project, according to Deadline Hollywood. With seamless computer technology, the artists behind the film manage to overlay live action actors with animated giants in real landscapes that melt into strange, whimsical, animated settings. The stunning visuals will dazzle kids and adults, and it's also available in 3-D, according to The New York Times. So, when it comes to the visuals of this film, it will appeal to all ages.

As for the story of The BFG, there's a good chance adults may be more familiar with the book than today's kids. It first hit the shelves in 1982 and had it's heyday of popularity shortly after, so those in their 30s are likely to be the book's biggest fans. Lucky for them, The BFG is pretty faithful to the book. Like the original story, the film focuses on an orphan girl named Sophie whose baleful existence is made even more insufferable by the spiteful orphanage-keeper, Mrs. Clonkers. But, one day her prayers are answered and she is picked up (literally) by the BFG, who takes her out of her dreary day-to-day and into Giant Country. Sophie's initial reaction is the same as any sane person's: complete terror. But, the BFG is quick to inform her that he is in fact a vegetarian and doesn't eat children. The two are an odd couple, to be sure, but they become fast friends.

The underlying themes of the story, though geared toward a young audience, are ones that both kids and adults will appreciate. The BFG is a tale of friendship against the odds. Actor Mark Rylance, who plays the BFG in the film, said the movie is about "a very loving friendship" during an interview with ABC News. The film's director, Spielberg, echoed that sentiment during an interview with Wired. He felt the story revealed, so clearly, "the oneness of opposites" while celebrating the "privileges of childhood and all the things you can get away with when you're a kid." In that way, the film is extremely nostalgic and may be more emotionally poignant for an older audience, thinking back to their own childhoods.

That said, the tone of the film is undeniably that of a kid's movie. The humor can be crass (read: flatulent), rather than sophisticated, and the heightened emotions tend to be overly saccharine, even sentimental. So, in short, the film will be a treat to any lover of Dahl's work, but it will be especially enjoyable for those fans looking to introduce the story to the next generation. The film will be released in theaters nationwide on Friday.