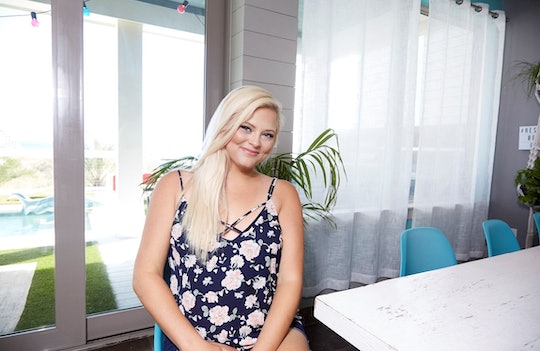 When Aimee Hall joined the cast of Floribama Shore, she was open about the fact that she was in a delicate spot emotionally. She was coming off a long relationship that ended badly, but she wasn't opposed to finding someone new to make her happy. So far she hasn't found a new partner, but will Aimee hook up with anyone on Floribama Shore?

If she does hook up with someone, it probably won't be one of the regular members of the cast. Last year there was a huge blowout fight between Aimee, Codi Butts, and Kirk Medas. According to People, after Aimee made it clear that she wanted to keep things platonic with her male roommates, both men unleashed some serious vitriol on her. They insulted her appearance and insisted that they would never be interested in her under any circumstances. Aimee wasn't down to date one of her roommates before that, and I sincerely doubt she's changed her mind now. Avoid romantic entanglements in the house sounds like the right road to take, considering Codi and Kirk's past behavior.

It's always possible Aimee will meet someone new while she's out with her friends, but the other cast members seem to be off limits for a good reason.

It doesn't look like Aimee is currently in a relationship, or at least not one that she's taking public. She hasn't posted about anyone she's seeing on social media. She was looking for a connection in past episodes, though she spoke about how hard it was to move on from her ex-boyfriend. Aimee had been seeing someone for 10 years until she found out he cheated on her with her cousin, whom he'd also gotten pregnant. That inspired her to go the reality TV route, and she told AL Entertainment how she came to join the show:

I just got out of a really bad relationship, for 10 years. and to be honest, I just needed a break from home. I had applied for Party Down South a year ago, and I didn't get that. But I had just prayed, 'God, send me on the road. I'm ready.'

Aimee spoke about how unexpectedly difficult it was to get over that relationship. Her ex-boyfriend was her "first everything," in her words. Finding out that he was cheating on her with so many people she knew, including friends and family, made her feel like everyone had betrayed her. That made her reluctant to pursue anything serious. Now that more time has passed, it's possible that Aimee has enough distance from her last relationship to start a new one.

But while it's impossible to say who Aimee will find future happiness with, at least one thing is more than clear: it definitely won't be with someone else on Floribama Shore. As Aimee told TooFab, "I would never hook up with any of the guys in the house because they're all like family to me and who wants to hook up with their brothers? Gross." Sounds fair to me.