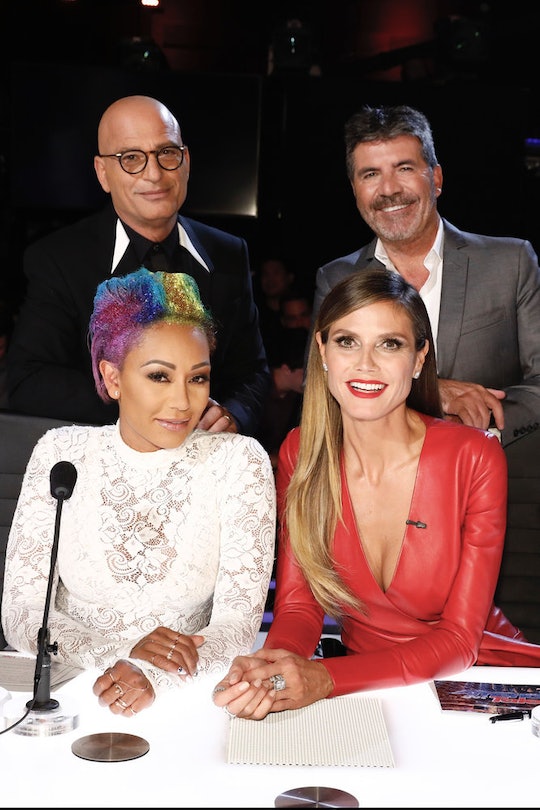 America's Got Talent Season 12 is coming to a close on Wednesday, Sept. 20 and it's been a whirlwind of a season. While fans anxiously wait to find out who will win this season, some are already looking ahead to what comes next. So will America's Got Talent return for Season 13? Although the show hasn't officially been renewed yet, fans have good reason to believe it'll definitely be back for another season.

Earlier this month, AGT posted a video to their official YouTube page, announcing that auditions for Season 13 will be starting soon. While NBC hasn't confirmed the show's renewal, it'd seem strange for the show to be hosting auditions if there definitely wasn't going to be another season. Thus, at this point, I'm about 99.9 percent positive Season 13 is go. Also, if you're interested in auditioning for the next season, you can get more info about when the auditions will be held in a city near you by going to AmericasGotTalentAuditions.com.

Before you start preparing for your audition, you should definitely check out this year's finalists. On Tuesday night, the final 10 contestants performed for the last time and they were just as amazing as they have been all season. The final 10 are Mandy Harvey, Angelica Hale, Kechi, Chaze Goehring, Evie Clair, Darci Lynne Farmer, Preacher Lawson, dog-and-trainer duo Sara and Hero, dance group Diavolo, and light-up dance crew Light Balance.

Unsurprisingly, half of the finalists are singers. Although AGT isn't a singing show, in the past singers have routinely stolen the spotlight and often win. This year, the singers all have incredible backstories, which also makes them fan favorites.

At only 10 years old, Harvey's vocals are out of this world and she continued to wow the judges and viewers at home by singing "Symphony" by Clean Bandit featuring Zara Larsson on Tuesday night. Contestant Kechi survived a terrible plane crash and is also from Houston, Texas, which is currently recovering from Hurricane Harvey. On Tuesday, she sang the moving song "Conqueror" by Estelle.

Thirteen-year-old Clair also performed a moving number, singing "What a Wonderful World" by Louis Armstrong. The teen's father died earlier this month after losing his battle to cancer. Although there was much talk about whether or not Clair would drop out of the competition after her loss, she decided to push forward. "My dad taught me, after I started something, to always finish it," she said on the show. "That's why I'm fighting to the end, just like he did." Unsurprisingly, her performance received a standing ovation.

Harvey also received an incredible reception after singing an original song, titled "This Time," while she played her ukulele. The singer lost her hearing a decade ago at the age of 18 from a connective tissue disorder but still has perfect pitch. She's also one of the Golden Buzzer recipients of this season, which was obviously rightly deserved.

Lastly, Goehring also performed an original song, titled "Mirror," which he accompanied with his guitar playing. Although he started the song singing softly to his guitar's acoustics, he then transitioned to a rap that gave some viewers serious Eminem vibes. The song itself was powerful, asking the question, "Mirror, mirror, on the wall, why you got to hurt them all?"

While many viewers believe a singer is going to win this season, there's one non-singer who's been a stand out all season and definitely has a shot at winning first place. Farmer, a young ventriloquist, wowed the crowd once again when she came out with two puppets for her final performance. Farmer used Petunia, the rabbit she used in her first audition, and Oscar, the nervous mouse who's now in love with Mel B. Farmer's ability to bring both characters to life, while also being herself was incredible to watch, and it's why she definitely deserves to win.

You can see who's crowned the winner when the finale airs tonight at 8 p.m. EST on NBC.