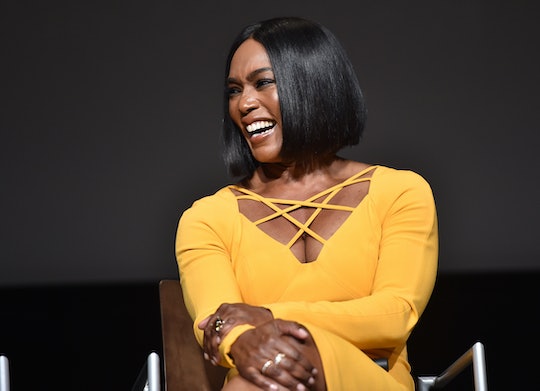 Will Angela Bassett Be Joining The 'AHS: Cult'?

Ever since Bassett played Voodoo Queen Marie Laveau in Coven way back in Season 3, she's appeared in every season of AHS since then. In Freak Show, she was performer Desiree Dupree; in Hotel she was an immortal blaxploitation star named Ramona Royale; and most recently, in Roanoke she was actress Monet Tumusiime.

Though fans and critics have loved her roles on the series (she was nominated for an Emmy twice), it appears she won't be making an appearance in the new season. She doesn't pop up anywhere in the trailer and there's been no mention of her being casted for Season 7. That being said, AHS is known for throwing twists at their viewers, and it's possible Bassett will show up at some point in this season in a surprising role. Still, fans probably shouldn't hold out hope for that.

While it'll certainly be disappointing to not have Bassett grace our TV screens this season, that doesn't mean AHS: Cult won't be worth a watch. Even if you are just watching through the slits between your fingers.

Cult will involve the 2016 election and from the trailer it's clear the series will show two very different reactions to it. Ally Mayfair-Richards, played by longtime AHS star, Sarah Paulson, reacts with shock and horror. As she tells her therapist, since election night her coulrophobia, or fear of clowns, has become incredibly worse. Differently, Kai Anderson, played by another AHS familiar face, Evan Peters, is over the moon about Donald Trump's election. He seems to be the leader of a gang of clowns that, incited by the election, cause mayhem in Ally's town.

As Ally deals with her coulrophobia, she is forced to try to convince her wife Ivy (Alison Pill) that something is seriously going wrong in their town. Ally also must protect her son from the dangers that she believes are surrounding them. Also starring in the new season is Billie Lourd, who plays Kai's sister, Winter, who dropped out of college to campaign for Hillary and is thoroughly shocked by the election results. However, based on the trailer it looks like she is easily persuaded to her brother's cause.

Though this season may be a little too political for some, based on the reviews it'll definitely be an interesting season.