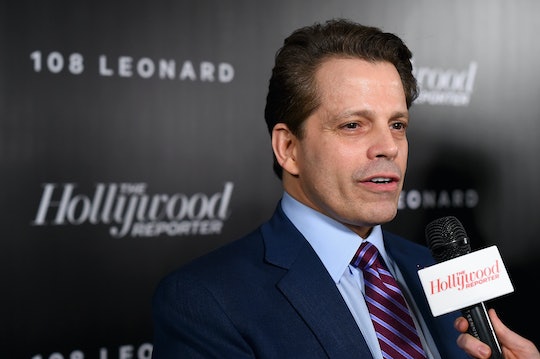 Many people first encountered Anthony Scaramucci when he became the White House Director of Communications in July 2017 for a total of ten days. Before that, he was a Wall Street financier; now, he's set to join the cast of Celebrity Big Brother when Season 2 premieres on CBS on Jan. 21. Viewers might be curious to see if he will discuss his brief time in office, but will Anthony Scaramucci talk about Trump on Celebrity Big Brother?

Scaramucci told Entertainment Weekly that he was planning on "being open" about his experiences in the White House. Though he might not volunteer the information, he wouldn't have a problem answering honestly if he was asked about Donald Trump or his stint as Director of Communications. He hoped that the audience would get an accurate idea of who he was as a person from Celebrity Big Brother, adding, "Having said that, what I would caution America is that when you're reading about people or watching certain snippets on television about them, it may not be an accurate picture of who they are."

In an interview provided by the Big Brother Twitter account, Scaramucci referred to his time in the White House as "rough," but also said it prepared him well for the world of reality TV.

That was something he explained in more depth to EW as well. According to Scaramucci, the process of being eliminated from politics isn't altogether dissimilar from being eliminated on Big Brother. "If you think about presidential politics, as an example, it is the peak of elimination games," he told EW. In both instances, he said people were "politicking against each other" and otherwise getting in each other's way. If there really are so many similarities in the two situations, then it's possible Scaramucci might bring up Trump or politics in general if the moment calls for a comparison.

His wife Deidre Scaramucci, with whom he does the podcast Mooch and the Mrs., told Radio.com that she didn't think her husband would share too much about his past political experiences. "[Scaramucci is] known to blab sometimes when he shouldn't, but I think he'll try to reign it in," she said. "I don't think he wants to ruffle any more feathers at the White House than he already has." She expected his love of "four-letter words" to result in a lot of bleeping, though.

In his interview with EW, Scaramucci said it was possible that Trump would end up watching Celebrity Big Brother because he "definitely tapes a lot of shows." He said Trump had called to critique his interviews before, so Scaramucci thought he might get a phone call after appearing on the show. "But, you know, we get along," Scaramucci said. "I like the president and there's no hard feelings about me being fired."

It sounds like Scaramucci probably will talk about his short political career while he's in the Celebrity Big Brother house. However, it's impossible to predict exactly what he'll say ahead of time. He might not be spilling any secrets, even if he is willing to share.