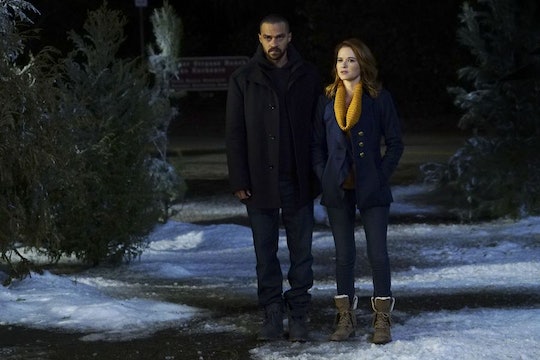 There May Still Be Hope For Japril On 'Grey's

Even though Jackson and April now share a child, they've been divorced since the middle of Season 12 and "Japril" shippers have been desperately hoping for a reconciliation since then. The estranged couple currently live together, for the sake of their daughter Harriet, but things have been tense in the Kepner-Avery household as of late. Ever since April took the job as interim chief of general surgery, Jackson has been giving her the cold shoulder. However, Thursday's episode is all about Japril and fans can't help but wonder will April and Jackson get together on Grey's Anatomy?

The episode, which is being dubbed #JaprilTheSequel on Twitter, follows the duo to a hospital in Montana where they have to perform a complicated surgery on a young patient, according to the episode description. However, while there, Jackson is distracted — and based on the previews for the episode, it looks like it's due to a possible encounter with his estranged father. In an effort to get Jackson's mind back on track, the two go out to track down his dad, which is something people who are just exes don't typically do.

Sarah Drew, who plays April, hinted the episode will be a "turning point" for the couple in an interview with Entertainment Weekly and fans are already hoping that means the couple will rekindle their relationship. The actress, however, wouldn't give anything away.

"They're forced to be in the same space working together with no distraction outside of the norm, outside of anybody that they know, outside of any of the history," she said about the episode. "They're going through something pretty big. They don't start off in the best place when we find them on the journey."

Well that's definitely true. The latest episode left off with Jackson and April having another fight and April accusing him of being jealous of the fact that she's taking an interest in the Avery foundation. It's possible Jackson's irritable mood actually stems from the recent discovery of his father, but fans won't know for sure until the new episode.

Even if the two don't get back together romantically, hopefully this trip will at least lead them to become friends again. It's been a while since they've had a cordial conversation and seeing this couple, who used to be so incredibly in love with each other, now barely speaking is heartbreaking.

You can see #JaprilTheSequel when it airs this Thursday at 8 p.m. ET on ABC.