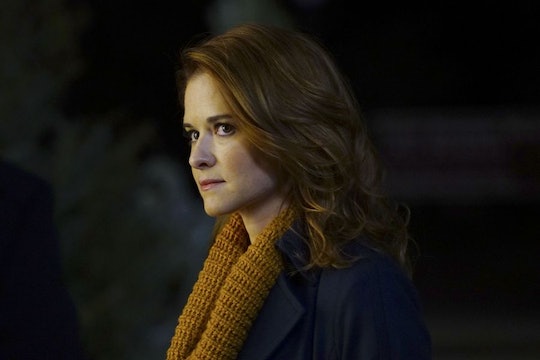 April May Make A Change On 'Grey's Anatomy'

The tension at Grey Sloan Memorial Hospital seems to worsen with each passing week, so it's not all that surprising that April is jumping at the chance to get away. April decided to take Catherine Avery up on her offer to visit an Avery Hospital in Chicago, but could this mean April will move away on Grey's Anatomy? When it comes to Catherine and her tendency to meddle, anything's possible.

April was briefly the chief of general surgery and didn't enjoy passing the job back to Meredith once she returned. She couldn't help but feel a little bitter, especially when she did a ton of admin work while in the position and Meredith didn't appreciate it. While talking to Catherine about how great she was as interim chief and how she felt demoted now that she was just an attendee again, Catherine offered up a solution. Although Jackson has never really been interested in the business side of being an Avery, Catherine believed April might be and it turned out she was.

Catherine suggested they take a trip to Chicago to check out an Avery hospital in Chicago so April could kind of get her feet wet in the business. While there she'll get to train people and she may even realize that that's what she really wants to do.

While it's doubtful Catherine will want April, who's the mother of her only grandchild, to uproot her life to another state, it's definitely likely that Catherine wants to give April the opportunity to make a big career move. If that move happens to take her to Chicago, then so be it. Though Catherine and April haven't always seen eye-to-eye on some things, for the most part Catherine has always been supportive of April's success and it wouldn't be all that shocking if while in Chicago April ends up having a job interview for a position at the hospital there.

Catherine's always been pushy and whether April was looking for a new job or not, she may find herself applying for one. Still, it seems unlikely that April would actually move away. Her set up with Jackson and Harriet is working right now, hospital drama aside. It seems unlikely that April would take Harriet and move that far away, and she definitely wouldn't leave Harriet behind. Plus, Grey's just dealt with a similar storyline with Callie and Arizona last season. It's way too soon to do something like that again.

Instead, on the next episode April and Jackson are going on a road trip and hopefully that'll end their fighting and maybe even mark the start of them finally getting back together. One can dream.