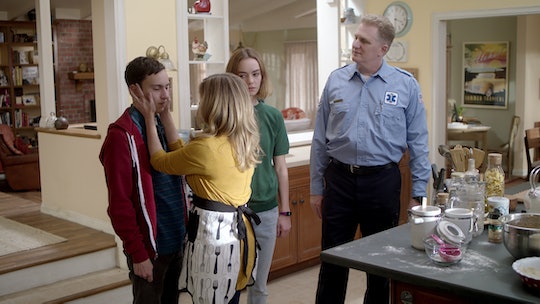 Netflix's 'Atypical' Could Go Beyond Season 1

Netflix's newest comedy-drama Atypical is set to premiere on Aug. 11, but it began to generate buzz even before its debut. It tells the story of autistic teenager Sam as he tries to enter the dating pool, but also explores the lives of his mother, father, and sister as they adjust to his growing independence. Telling the story of a character who is not neurotypical already makes the series relatively unique, so viewers might find themselves wanting to see more of it once they've burned through all eight episodes of Season 1. But will Atypical return for Season 2?

It's difficult to predict the future of the show because it's still so new. Netflix doesn't release ratings, so it's impossible to tell how big any show's viewership is, but they also give their shows time to find an audience. With the exception of a few (#JusticeForTheGetDown), Netflix almost always renews its original series for a second season. The announcement might not happen right away, however. Once the show has had a few months for the public to digest it (and maybe earn some critical or popular acclaim), the streaming service is more likely to confirm whether or not it will get a second season.

If and when Atypical does receive an order for a new season, it becomes a question of when that new season might premiere. Netflix is always churning out something, but there are often gaps of at least a year between new seasons of its shows. The future of Atypical might end up assured if audiences flock to it, but there could still be some time before new episodes find their way to your screen.

Viewer reaction could be major in determining whether or not the show gets another season. Despite the fact that most Netflix shows live to see another day, there are a few cases where shows saw a quick cancellation. The lackluster response to Girlboss put an end to it before new episodes could be produced — but then again, similar critical disappointment Flaked did make its way to Season 2.

However, one imagines the outlook wouldn't be too bad for a show like Atypical: its premise has grabbed attention, and it tells a story many families might be able to relate to. Unless it totally fails to hit home with viewers (or makes more of a negative impact than a positive one), fans of Atypical can remain optimistic about a second installment.