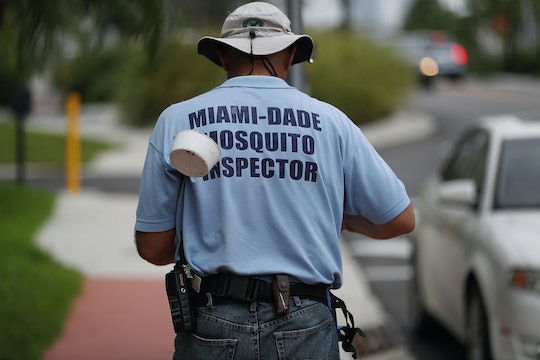 As politics rage in Washington D.C. over federal funding to fight Zika virus, Americans might be in store for a bit of help in stopping the spread from good old mother nature. Cooler temperatures can have a big impact on Zika's primary means of transmission—mosquitoes. Will autumn weather stop Zika? Cooler weather means fewer mosquitoes.

Bill Reisen, an entomologist from the University of California Davis explained the relationship between weather and the spread of Zika In US News and World Report and said higher temperatures rev up the Aedes aegypti mosquito, which carries and transmits Zika to humans.

With higher temperatures you have more mosquitoes feeding more frequently and having a greater chance of acquiring infection. And then the virus replicates faster because it's hotter, therefore the mosquitoes can transmit earlier in their life.

He added the mosquitoes are "driven by temperature."

The onset of fall weather leading up to the Rio Olympic Games in August was credited with slowing down the spread in Brazil. As McClatchy DC reported, when temperatures dropped below about 80 degrees in Brazil, the female mosquitoes that bite and feed on humans don't live long enough to transmit Zika. McClatchy also reported on research out of Brazil that found that "as the daily low temperatures remained below a range of 72 to 78 degrees, the incubation period for Zika should be longer than the lifespan of Aedes aegypti."

Climate Central said its research found that rising temperatures are extending the mosquito season, and in turn helping spread the virus. Climate Central published a report in late July that found:

We found that in most of the country, rising temperatures and humidity since the 1980s have driven an increase in the number of days each year with ideal conditions for mosquitoes. Warming temperatures lead to more evaporation, which puts more water vapor in the atmosphere and increases humidity. The overall increase in mosquito days in the U.S. is likely increasing the risk of several mosquito-borne diseases, including the Zika virus.

Meanwhile, in the U.S., there are two current Zika hot zones in Miami, Florida, actively fighting mosquitoes believed to be carrying Zika: Miami Beach and the Wynwood neighborhood. Pregnant women as advised by the Centers for Disease Control and Prevention to avoid these areas all together. Unfortunately, the Miami area will likely have to wait a little longer for an assist from cooling fall weather. According to AccuWeather, Miami average temperatures will hover around 90 degrees through the month of September, still well above the 70-ish degree temperatures necessary to stop the mosquitoes from spreading Zika. Until then, spraying pesticides and personal protection are the best defense.