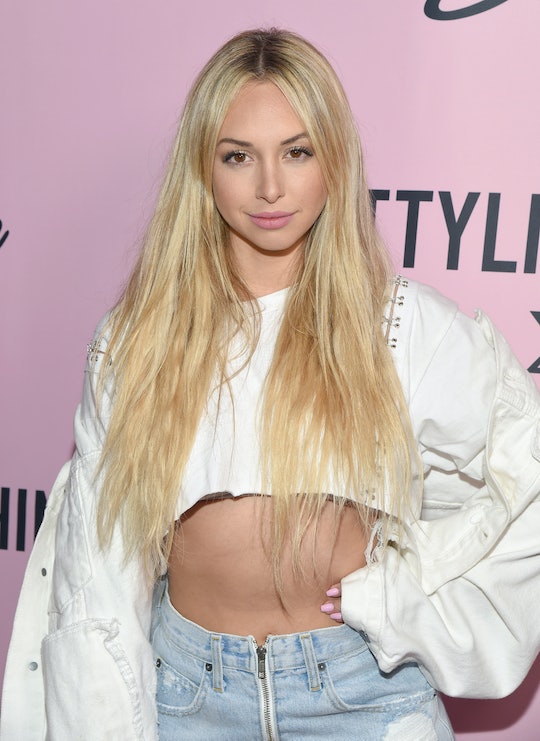 As you've likely heard by now, production on the upcoming season of Bachelor in Paradise has ceased, due to allegations of misconduct on set. According to several notable sources, a producer of the show complained about an incident reportedly involving contestants DeMario Jackson and Corinne Olympios. But, with production halted indefinitely, will Bachelor in Paradise release any of its episodes? As of now, it doesn't look too likely, although Warner Bros. and ABC could come up with another solution to appease everyone.

As reports came flooding in over the weekend, the cast of the latest season of The Bachelor and The Bachelorette's spinoff, Bachelor in Paradise, quietly returned home. While no official statements have been made regarding exactly what went down before things got troublesome, Warner Bros.'s has spoken out about what's happened, saying, "We have suspended production and we are conducting a thorough investigation of these allegations."

As with all things legal, the investigation in question could take a considerable amount of time. "Once the investigation is complete, we will take appropriate responsive action," the company concluded, giving way for very little hope that the show will continue, or that any episodes will air.

According to an anonymous source who spoke to Entertainment Tonight, the so-called incident occurred when "DeMario was in the pool," after the cast had been drinking and mingling. "Next thing you know, Corinne comes over and hops on his lap. They start talking and joking." After that, things got a little out of control, per the source.

"Everyone is just going about their business," they continued. "Cameras are rolling. Producers are everywhere. That's when a 'third party' felt uncomfortable, claiming misconduct in the workplace."

So far, only one cast member has come forward about the alleged incident, anonymously telling People that producers made the notion of continuing the season seem highly improbable:

[The producer] was like, "I don’t think that’s realistic." She said that there was an investigation going on, and that could take days, weeks or even months. And by that time, we all have lives and jobs and things to go back to, so it just wasn’t going to work out. They told us that we’d be considered for future seasons and opportunities in the franchise, but that this adventure was probably over.

So, while nothing has been set in stone, it doesn't seem like the season will continue, or any filmed episodes will be aired. And all things considered, that's probably for the best.