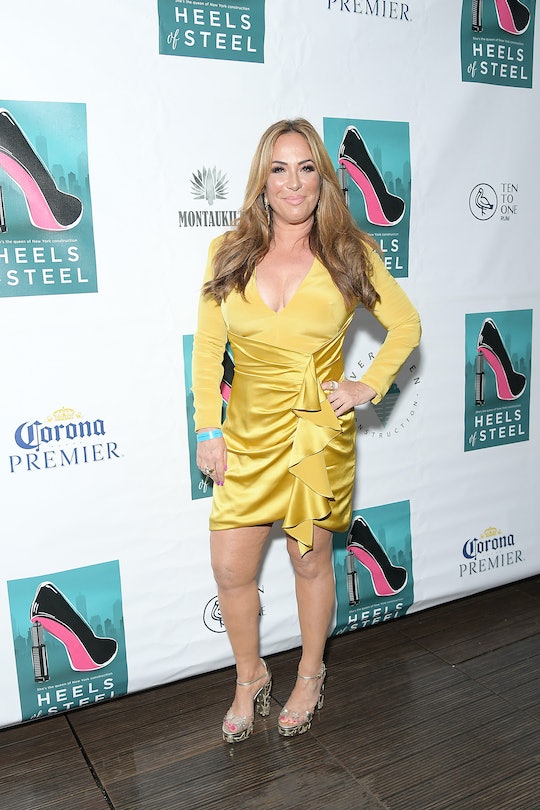 Barbara May Not Have Fit In With The Women Of 'RHONY'

Barbara Kavovit joined Season 11 of The Real Housewives of New York City as a key member of Team Luann. She struggled to bond with the other women, though a pep talk from Bethenny Frankel seemed to give her a boost during the group trip to Miami. But this is a particularly tough group to break into, so will Barbara return for RHONY Season 12?

Right now, that question doesn't have an answer. Bravo hasn't made any announcements about who will be in the Season 12 cast, but some of the existing cast members have made their preferences known. Ramona Singer told Us Weekly that she would "keep it just the way it is, with just the ones who hold the apples." That would exclude Barbara, because she's just a Friend Of, not an official Housewife.

Ramona also spoke about the trouble she had connecting with Barbara. "It was impossible for Barbara to gel with the group," she said. "I don't think she knows how to gel with more than one person at a time." She did think Barbara "finally gelled" with the rest of the women during their Luann-free lunch in Miami, but that was an exception. Mostly, Barbara was "so busy trying to protect Luann" that it caused a separation from everyone else. "So she just did not start off on the right foot or was able to get her foot back into it in a correct way," Ramona concluded.

It seems like Ramona would prefer to stick with the core cast, but Barbara believes she has something special to add to the show. Barbara told Us Weekly that she would "consider" returning because some things had been "left undone." And, ultimately, she believed she filled a void in the lineup. Barbara said that she though she was "really grounded," which would "lend something to that group."

Barbara said something similar while talking to Page Six about her future on RHONY. She described herself as the "voice of reason" among the women, which was apparently much-needed because, in her words, "you always need a voice of reason in a group of women that think they know it all." I'm not sure Barbara showed off this alleged ability during Season 11 because she didn't really get into the thick of any conflict. And while calling Bethenny the "voice of reason" might be a stretch, she is better practiced at delivering hard truths to her co-stars.

Barbara went on to tell Page Six that she handled herself well on the show despite "not being embraced the way I think I could have been embraced." Everyone seems to be well-aware that Barbara didn't immediately fit in with the other women, but that can often be the case with new cast members. It's possible that another season could give Barbara a chance to find her footing and really make her mark on the show. The Season 11 reunion could have an impact on the decision to keep Barbara in the cast, too. If she stirs up a brand new feud on those couches, then she may have to return for Season 12 to hash it out.