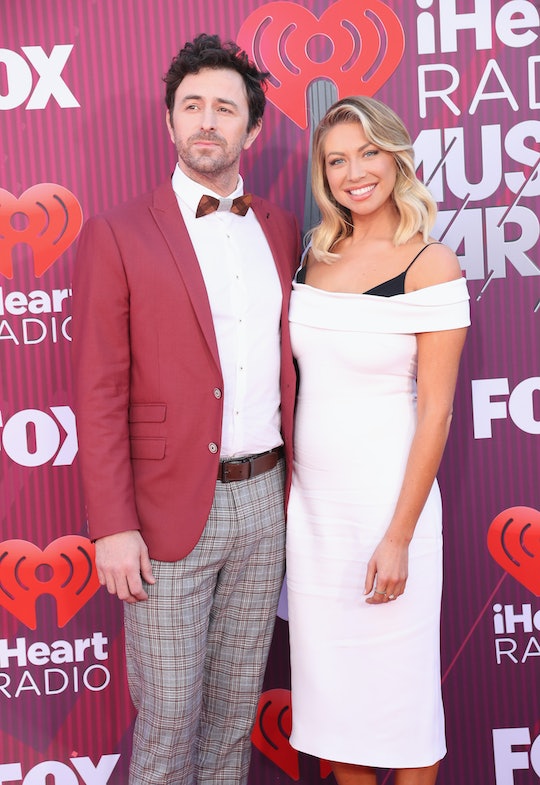 It's no secret Vanderpump Rules star Stassi is smitten with her beloved boyfriend, Beau. The love between these two is so strong, in fact, that it's reasonable to wonder if Stassi and Beau will get engaged anytime soon. So, is a proposal in the works?

Stassi recently appeared on The Daily Dish podcast, on which she discussed her healthy and happy relationship with Beau. And at one point during the discussion, the topic of an engagement was brought up. The reality star revealed that, not only is a proposal in the works, but there's a good chance the moment will be filmed.

"I think that's what my life is now," she explained on the podcast. "I think we've given up so many of our precious moments and these are all my best friends that [it] is what it is. We've now committed to sharing all of our moments and I think it's just as special to be able to share that with everyone now than if I were to have that privately."

Co-star Katie Maloney-Schwartz, who got engaged to Tom Schwartz on-camera in Season 4, added, according to The Daily Dish podcast: "It's almost like you feel like you owe it to our audience because they've seen all of us grow and go through so much that it would be like robbing them of something that they've been waiting for."

Of course, Beau has a say whether in he and Stassi get engaged, and it looks like he's 100 percent down for this next step. Back in March, he took to Instagram Stories to share a photo of a ring in a lego box, joking, "When I propose."

Yep, it sounds like Beau has marriage on the brain.

If Beau does propose soon, his Vanderpump Rules co-stars won't be surprised.

“I love Beau. I’m like, so rooting for them. He’s such a great addition to our little family," Lala explained to Us Weekly. "I’m sure that that will be the next couple to put a ring on it, definitely. Kristen and Carter seem to be just enjoying where they are right now in their relationship, so I still think Stassi and Beau before Kristen and Carter.”

Brittany, who is in the midst of planning her own wedding, agreed with Lala's sentiment. She said: “Over Tom [Sandoval] and Ariana [Madix] and definitely over Kristen [Doute] and [Brian] Carter. I just see it over those couples in general. I know Ariana and Tom don’t want marriage and I just think Beau and Stassi are more there than Kristen is.”

Considering Vanderpump Rules Season 7 is almost over, I don't think viewers will see an engagement happen this round. But it's definitely possible (and even likely) that fans will get an engagement storyline from Stassi and Beau a lá Season 8. Stay tuned.