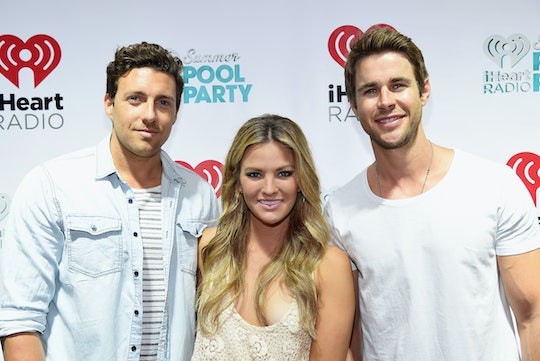 Will Becca Tilley Be The Next Bachelorette? 'Bachelor' Spoilers Drop A Few Hints

Fans of the popular love-centered reality show The Bachelor may notice a familiar face this season in the form of contestant Becca Tilley. Last season, the California native made it to the final two in the finale of The Bachelor, but she didn't get a marriage proposal from bachelor Chris Soules. This season, which began Monday, she's on the show again — this time competing for Ben Higgins's heart. Spoilers have revealed that Tilley might, yet again, make it to the final rounds of the Bachelor, only to lose out again. If she does, will Becca Tilley be the next Bachelorette? It's not clear if she would even want to be.

Back in October, a post on Reality Steve started rumors that Tilley would not last long on the Bachelor:

However, spoilers are suggesting that Tilley actually lasts quite long on the show, making her a stronger candidate for The Bachelorette, according to The Inquistr:

Spoilers say that Tilley will make it pretty far, so either he changed his mind about her or the producers talked him into letting her stay for ratings. Becca even gets a good one-on-one date this season in Las Vegas. This would make her the perfect candidate for The Bachelorette role, and Becca just might get it if she wins the viewers over.

Although Tilley has not yet discussed if she would even want to be The Bachelorette, folks at Inquistr seem to think that is her strategy for being on the show in the first place. "You know with the spot that she is at they are going to at least throw her name out there when trying to decide whom to use," the Inquistr reports.

While she may not end up snagging Ben Higgins's heart this season, the longer she's on TV, the longer the chance she has to win America's hearts, which is certainly something producers would want in the next Bachelorette.